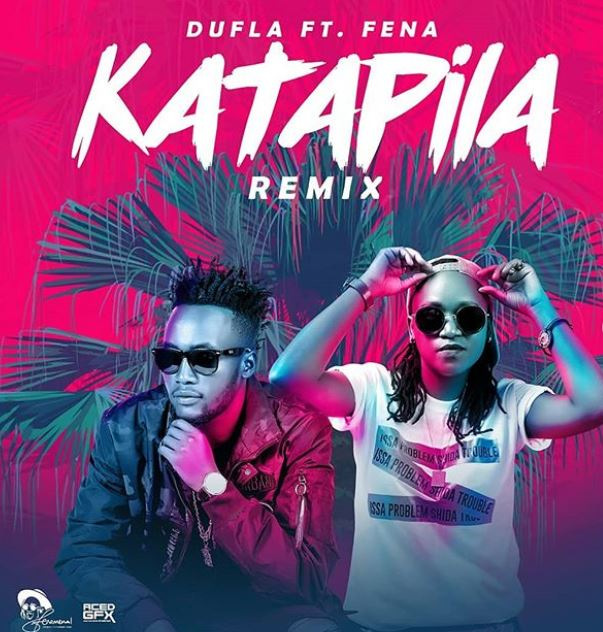 As far as Kenyan bangers go, ‘Katapila’ by dancehall hitmaker Dufla Diligon should not be counted out.

Released about nine months ago, the smash hit has oddly struggled to rack up the numbers of views on YouTube despite being a solid dancehall project. This seems to have inspired the decision by Dufla to release a remix assisted by Fena Gitu, one of the current highflyers in the music scene.

In the remix, Fena adds her saucy flavor to Dufla’s raw dancehall vibes to make ‘Katapila’ a charged certified banger that should be on heavy rotation in clubs and radio.

Audio is produced by 6BeatMusic(Visita) while the video is directed by Young Wallace.