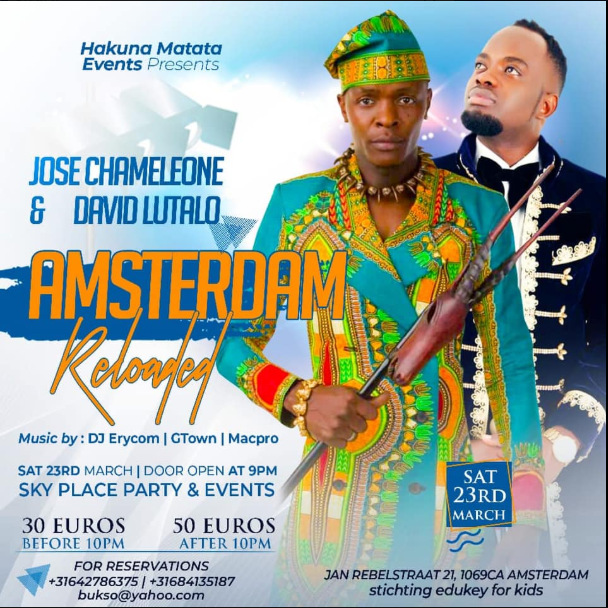 Last Monday 4th February 2019  an ongoing war on social media between Leone Island CEO Jose Chameleone and the Netherlands based Ugandan events promoter Eddie Bukenya after the cancellation of his gig that he was meant to headline next month started.

Early this year, the Chameleone rallied his Netherlands fans to join him at Sky Palace Amsterdam, for the music show, but later, through his Facebook page, Chameleone called off the show promising to communicate new dates soon.

Speaking to a local TV station on Monday, ...Read More on Ghafla