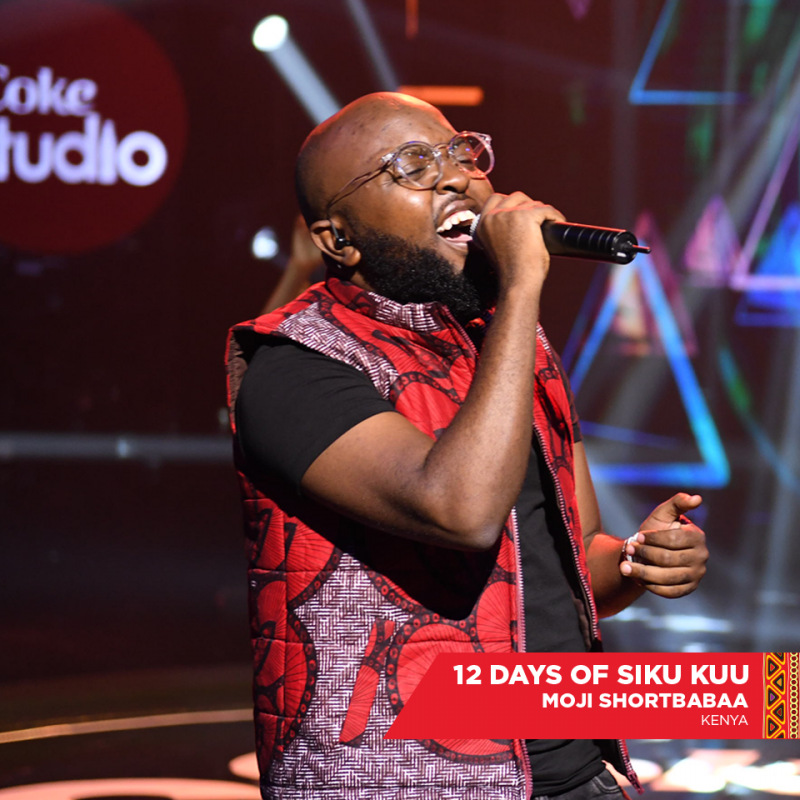 In the song Moji stays true to his playful personality, while blending Swahili, English and Sheng to sonically recount a typical Kenyan Christmas experience; from signature festive dishes, fashion craze and the fun-filled family re-unions. “12 Days of Sikuku” is a rework of famed Christmas carol “12 Days of Christmas”, was recorded earlier this December during the production of the upcoming new season of the show dubbed ‘Coke Studio Africa 2019’.

Ahead of the release of “12 Days of Sikuku”, Moji said, “Growing up, Christmas was always a time to link up with the family, get new clothes and make merry but also share with the less fortunate. My lyrics are just a snapshot of my Kenyan Christmas experiences; from what we eat, what we consider as gifts and so forth,” adding on what’s more in store, “The couple of songs I recorded with my brother Bisrat from Ethiopia are really special and will be massive—we had so much fun! I can’t wait to share it with rest of the continent.”

On the upcoming new season of Coke Studio Africa, Moji will be paired alongside Ethiopian music sensation Bisrat Surafel and produced by leading Kenyan music producer, Majic Mike. Their collaborations are set to showcase to Africa authentic flavours and different genres of East African music.

‘Coke Studio Africa 2019’ will feature over 25 African musicians drawn from several countries across Sub Sahara Africa, including Kenya, Uganda, Tanzania, Ethiopia, Zambia, Zimbabwe, Namibia, Mozambique, Nigeria and South Africa, among others. Once again, the show will present to lovers of African music: world-class music fusions and original compositions, engineered by some of Africa’s top music producers.