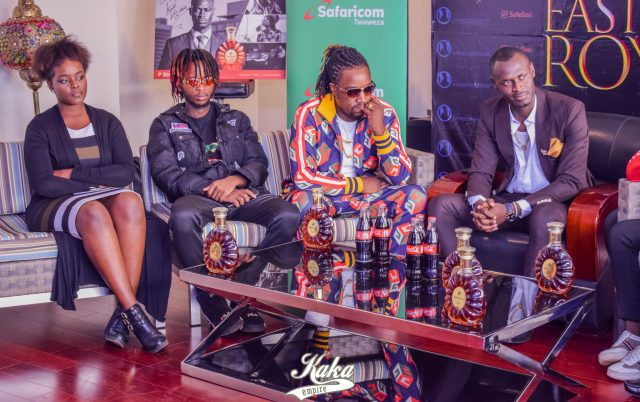 The build up towards King Kaka's 5th Album Launch is nothing short of massive. Now counting just hours to what might be the greatest ever album launch; the Eastlando Royalty.

Just to delve a little into the journey that got Rabbit where he is standing at the moment. This concept was alive in January this year and  after working on a playlist, which is his style of creating music, he hit the studio officially in July.

Reaching out to artists he thought would vibe best with the different genres and themes, he only hoped for the best and the best did come to pass. On that note, tracks in this album feature  major artists from Jamaica, Nigeria, Rwanda and the great Kenya. Even managed to pull Tracy Morgan into one. How dope is that? As we know him, he has Bridget Blue on there too. Kaka Empire just signed the marvelous sooth sounding diva and this is her first step into letting her wings spread.

Eastlando Royalty has been up to pretty much lots. There was a campus tour that reached out to way over 6000 young Kaka fans. Kaka also took time to visit 7 of his fans across the country. This was a banger move as he explored his fan base outside Nairobi. In the plan was also a Pageant, Mr. & Miss. Eastlando Royalty that was a great interaction event for young boys and girls from the hood. To cap all the buzz, there was an Album Cover Auction that had it sold for a whooping Ksh 32, 000.

'Eastlando is a state of mind.' said Kaka at his official album launch media briefing. He went on to explain that Eastlando is not where he grew up, it is a euphemism for the state of poverty. The 'Royalty' basically means just that. The aim is to encourage those still in Eastlando that dreams are valid and he is the perfect example of 'Eastlando Royalty.

As we await this greatness to drop on us, you have about 48 hours to grab your tickets. That's if they don't get sold out.