EXCLUSIVE: 'Habari Ya Mjini' is That Rap Queen Sosuun is Back to Take Over with Deadly Remix 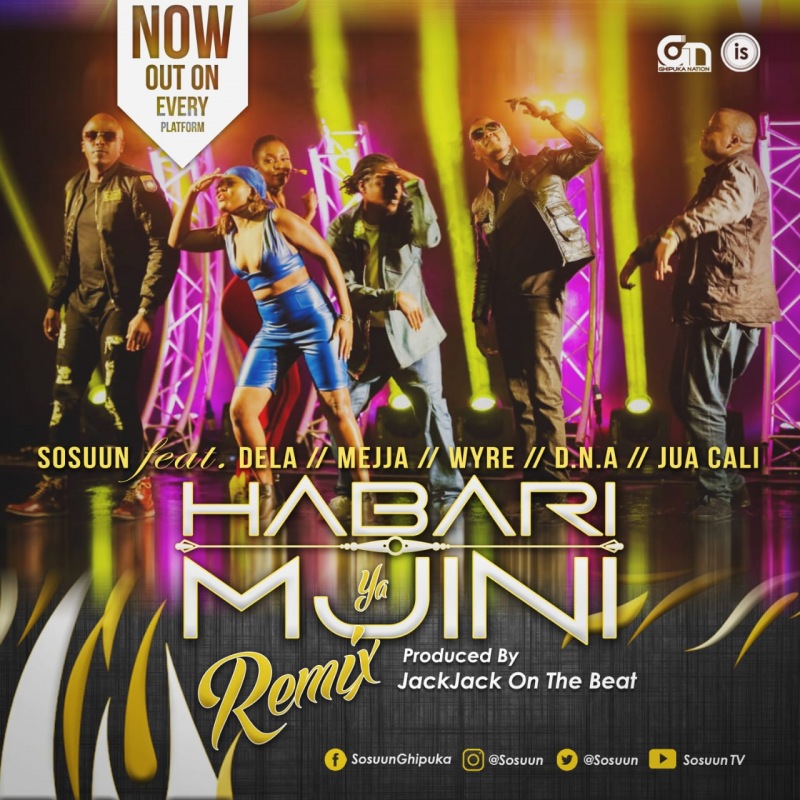 'Kufunikwa' 'Sura Ya Kazi' and 'Toroka' does ring a loud bell in your mind, right? Yes, Queen of Rap in Kenya, Sosuun has been firing up your airwaves with 'Habari Ya Mjini' since August.

She is not giving us time to miss her. Blowing it up like it was never up in flames already; girl grabbed Kenya's finest Dela, Mejja, Wyre and Juacali to stir up new up coming single  'Habari ya Mjini Remix'

Swahili for 'Talk of The Town' has been produced by  the talented 'Jack Jack on The Beat' and video directed by the creative brainy 'Deska Torres.' In case you are wondering what all this is about? Female is just giving heads up that she is back to take over and word should have reached you by now fam. Check out the video if you want to know what lane she is on but trust ya'll can't share lanes.

A little backgrond info you could use. Sossun's latest 'Habari ya Mjini' has received over the roof airplay on radio, TV, street mixes...you name it. She had a mag verse that lingered by, on the major 'Dawa Ya Moto' collabo which just to mention a few featured Wyre, Sauti Sol and KenRazy and still holds charts to date.

She has toured the country and has been a nominee in numerous major awards. Remember she was nominated for 'Best New Artist of The Year' and 'Best Verse in Collaboration' at the Bingwa Music Awards? If you don't , you mustn't have missed out on the nomination for 'Best Female Video' at PMVA.

According to popular vote in 2016 Sosuun was the best at the SportPesa Festival Cypher Battles. Later that year she represented Kenya in the International Music Conference in Oslo, Norway.

This girl is just a force to reckon with...hence the undisputed Queen Of Rap in Kenya.

Listen to Habari ya Mjini on Mdundo