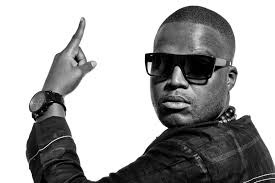 "It is sad. It is the most heartbreaking thing. Everyone is there ... I just don't know how to paint a picture of everything. For me, it is just sadness. Unbelievable sadness."

Those were the words of HHP's close friend and musician Khuli Chana on Wednesday afternoon when he spoke to TshisaLIVE from the home of hip-hop star HHP, whose death earlier in the day shocked fans and friends alike in SA's music community.

Everyone was devastated by HHP's death, said Chana, who had visited HHP's home to pay his respects.

Well-known publicist and HHP's wife Lerato Sengadi had earlier confirmed his death to TshisaLIVE from the scene.

"Yes, yes, it's true. I am with the family at the moment," said a traumatised Sengadi.

The cause of death remained unknown.

Jabulani Tsambo‚ who was popularly known as HHP‚ had in the past opened up about suffering from depression.

Two years ago, SowetanLIVE reported that he had admitted to attempting suicide three times in 2015 and that he had visited an online suicide website in an attempt to help him get information on how to end his life.

Those close to the star, including AKA, DJ Cleo, Cassper Nyovest and Rouge flooded Twitter with messages of condolences.

TshisaLIVE understands that Nyovest, who was HHP's protégé, was shattered by his death and was not taking calls from the media.

This artist was originally published www.timeslive.co.za.