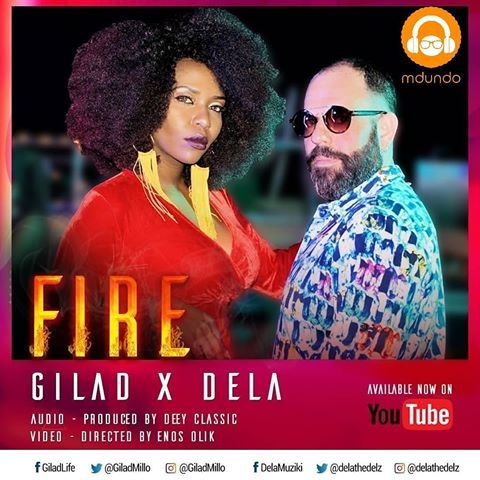 GILAD & DELA team up once again to bring you 'FIRE' an upbeat and energetic song that features a new beat and sound for Gilad. The song brings together some of the best talents we have in the country and even borrowing from our neighbours in Tanzania.

The audio was produced by Deey Classic from Tanzania, The video was directed by Enos Olik arguably among the best video directors Kenya today. Gilad and Dela were styled by Brian Babu who is also an award winning celebrity stylist.

FIRE by Dela and Gilad on Mdundo