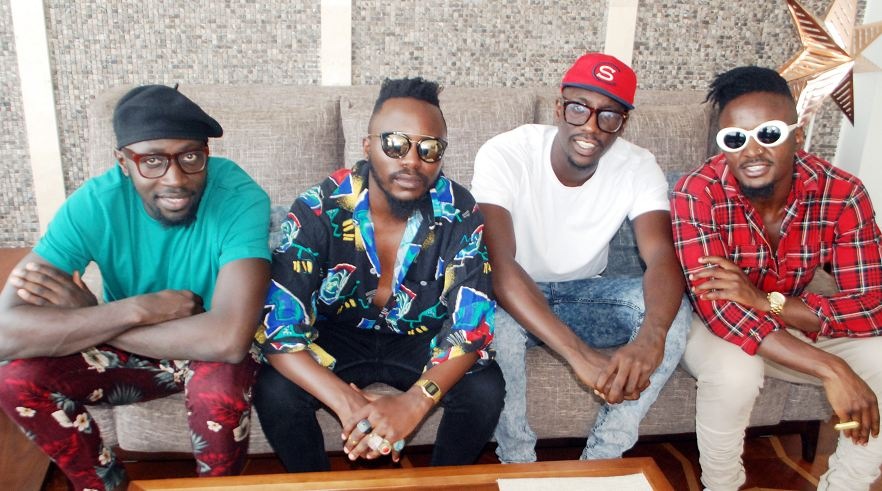 Internationally acclaimed Kenyan boy-band Sauti Sol is currently on their Melanin World Tour and they are having amazing stops across the world.

The MTV Africa Music Awards winners of Best Group have just had successful shows in Hamburg, Sweden, Oslo, Helsinki, Paris and Amsterdam. They will be headed to the USA for several shows in Boston, Washington and New York.

The Afro-pop group is set to perform once again at the Highline Ballroom in New York on October 25th. The group had a sold-out show in the same venue last year.

As the world is waiting on the release of their collaborative album Afrikan Sauce, singles like ‘Short & Sweet’, ‘Melanin’ and ‘Girl Next Door’ the group has stacked up their list of performance bangers that make their live shows an electric dancefloor.

The Afrikan Sauce LP is a collaborative effort featuring the biggest artists on the continent such as Patoranking, Tiwa Savage and Burna Boy. A tour-de-force of African ingenuity, the lead single, Melanin, was an instant hit with the vibrant video garnering a whopping 4.6 million views on YouTube within a month of release. Their Other single Short & Sweet hit 10 million views in under 4 months.

This article was originally published by: kenyanvibe.com