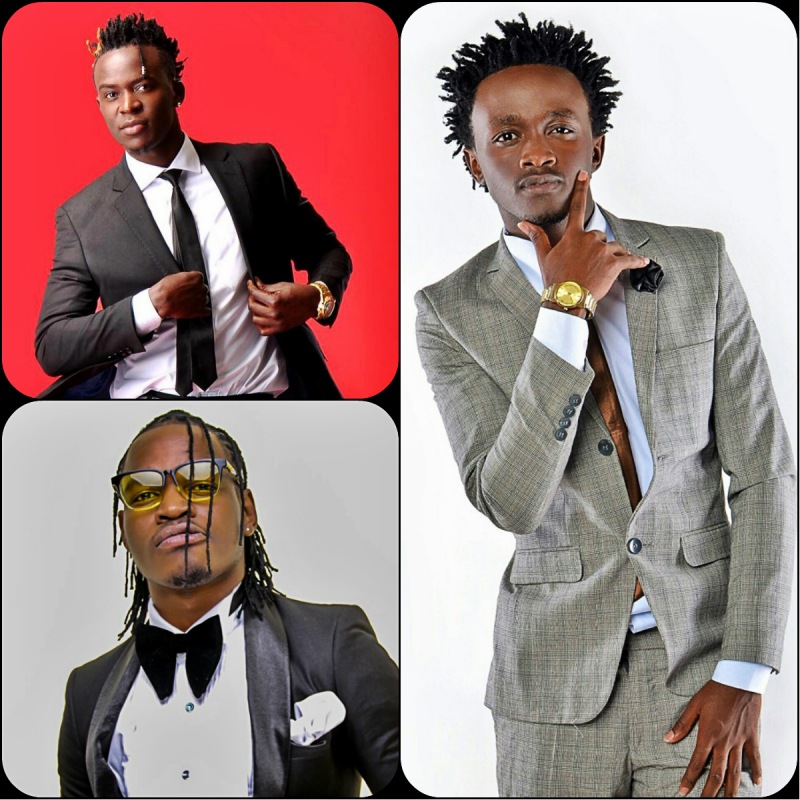 The three Kenyan artists have two songs each topping the Mdundo charts, taking six places out of the top ten songs on the charts for four months straight.

Timmy T Dat is the number one artist on Africa's music service, Mdundo, right now with his two jams Kasayole featuring Khaligraph and Wembe featuring Otile Brown really doing well on the charts. Timmy’s music has been reigning on the Mdundo charts since last year and it seems he’ll be at the top for many months to come.

Willy Paul’s hottest collabo Pilipili Remix with Tanzania’s Harmonize also made its debut on the Mdundo charts this week and his hit song Malingo has been steady for two months now. The Pili Pili Remix took the place of the hit song Tempted released last year and had been trending for over three months but has descended to number 25 on the top 100 charts.

EMB's Bahati too has had his two top trending songs Ten Over Ten and Lala Amka being the Gospel artist's most searched and downloaded songs on Mdundo. Bahati has recently released a dance hit song, Ching Ching and we are yet to see how it performs on the charts.

Liz, Kenya's Artist Manager at Mdundo remarks, "During this first quarter of the year we have really seen a shift, good one, in how music is being consumed. We cannot really point a specific finger to what the consumers are looking for, and both the gospel music and secular are doing really well."

"Unlike in the previous months when secular artists could dominate the charts, now we have new artists like Timeless Noel and Guardian Angel in the top 10. Even in the midst of new entrants, Kenya's super stars; Sauti Sol and Nyashinski are still soaring high. This is really good and it means that the audience is becoming bigger and more receptive, some good news for the artists. We just hope that local music consumption grows higher as the year progresses." Liz adds.

All in all, 2018 seems to be a great year as far as Kenya's music industry and consumption is concerned and we are yet to see how the rest of the year unfolds.