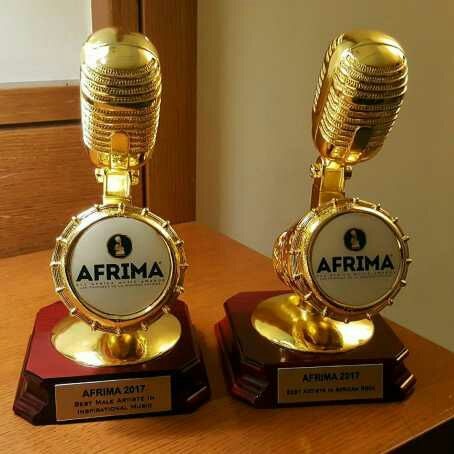 Kenyas-Israel singer,Gilad Millo has won the Best Male Artiste in Inspirational Music and Best Artiste in African Rock in the just concluded AFRIMA Awards 2017.
The AFRIMA Awards went down on November 12th.It was held at Eko Hotel and Suites,Lagos Nigeria.Akon was the special guest at the award gala.
Gilad Millo thanked his fans for taking their time to vote for him and made him triumph and won two prizes.On the other hand,Alikiba from Tanzania won an award as the Best African Collaboration for his song 'Aje' featuring MI Abaga.