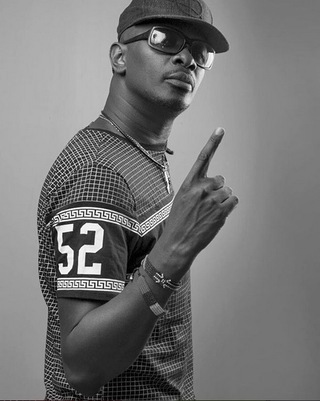 Singer Nameless, according to nation.co.ke has been recuperating in hospital after suddenly being taken ill. The singer is said to have been rushed to hospital after his friends noticed something was wrong with him as he left a meeting. Nation.co.ke learnt that he felt dizzy and almost fell down

However, the Kenyan music legend will be discharged on Wednesday.

The situation had earlier forced him to cancel a concert in Uganda that was scheduled for Thursday last week. Confirming the cancellation, revealed that he was “under the weather” and therefore could not travel to Uganda.

His Instagram post also read, “I was really, really looking forward to this Ugandan show with Eric Omondi. Unfortunately I will not be able to make it due to doctor’s orders, been admitted in hospital since last week… still undergoing treatment and observation and thus looks like tomorrow I can’t make it to Kampala,” he wrote.

Wahu, his wife said: “Yes he is still in hospital but it’s nothing serious. He will be discharged tomorrow.” She however, declined to comment on what Nameless was ailing from.

“I can’t comment on that, let’s wait until he gets better then he can speak for himself,” she added.