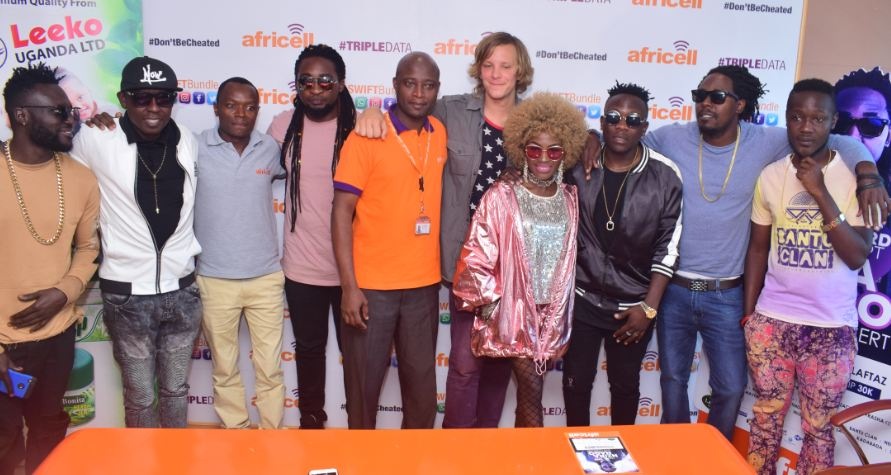 Musician Ronald Maro is gearing up for his mega concert this weekend.

Dubbed “Nzira Nago” concert, the “Kamboyine” singer has jetted in international artistes for his show. He unveiled the artistes at a press conference held on Wednesday. He will be accompanied by Naiboi, Proff and Frasha from Kenya, Denmark’s Joanita Zack and Shane Palko from USA alongside several other local artistes including Geosteady among others.

Speaking at the press conference, Maro also revealed that he started his preparations about six months ago and this involved several activities that included a football tournament.

“This year, we also involved local masses in the concert preparations. We had a month-long football tournament where my team, ‘Team Maro’ faced off with the local teams in the 10 districts in Busoga region.” he revealed.

He further promised to perform all songs off his recently released “Atwooki” album as well as some of his most popular singles.

The “Nzira Nago” concert is slated for Saturday, September 23 at the Jinja Dam waters rugby grounds. Tickets for the concert go for 10K and 30K(VIP).