KENYA: Jaguar Is Already Making Moves! Here Is What He Is Planning to Do For The Entertainment Industry 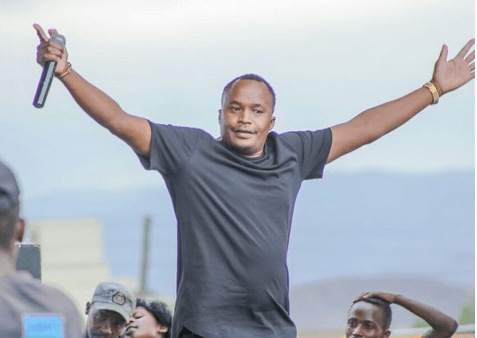 Jaguar has been in the entertainment industry for the longest time before alivuka border to become Starehe’s MP.

Hon Jaguar made a lot of promises regarding the growth of the people of Starehe constituency and the ghetto youth at large.

During a parliamentary session, he went on to explain how making music in the Kenya industry is tough especially in terms of earning money. He said, “It is only in Kenya where you make music and produce it during the day and by the time it’s evening, it has already been pirated!”

These sentiments were real because he has gone through it and he understands the hustle. We have seen it before where he has been vocal about the entertainment industry not making money.

Other people in the music industry such as Elani and Alice Kamande have come out in full support to plea to the government and are proud to be associated with him as a leader.

He asked the speaker to do something about it as it can create employment and hope for the hopeless youths.

He said, “Mr Speaker Sir, we need to look into it so that we create employment for the youth and give the hopeless hope.”

His will and motivate is to help build the youth in every way possible. This is one of his first major moves. Guess