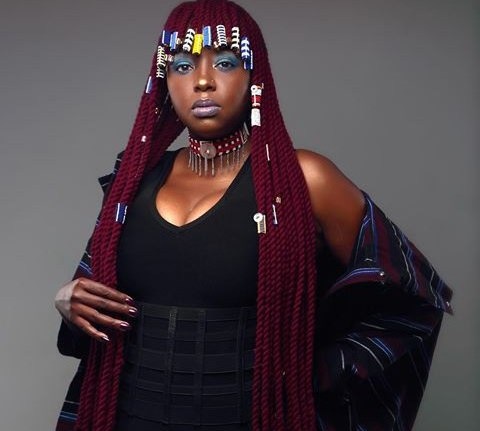 Muthoni Drummer Queen popularly known as MDQ has been in the Kenyan music industry for years. She has released a number of hits over the years, which have been recognized not only regionally but internationally too.

Many remember her from the days she played the drums and her famous track, ‘Mikono Kwenye Hewa’. which was a hit for a while.

Well she’s all grown now, and even her music has grown and changed. I guess it’s safe to say it’s more grown up and many people are relating to her music.

She released a remix to her hit song, ‘Kenyan Message’ which took the industry by storm because of it’s message, pointing out to those people who are always saying one thing and doing something totally different. The remix features Steph Kapela, Tunji and Shukid.

During Breakfast with the Stars with Adelle Onyango and Shaffie Weru, MDQ dropped yet another new jam, ‘Million Voice’.
The song is about the ordinary mwananchi doing all they can to make ends meet and hoping for a better tomorrow for their kids.
Listen to her full story and the inspiration behind her latest jam below: