KENYA: Guardian Angel - This Is My Story 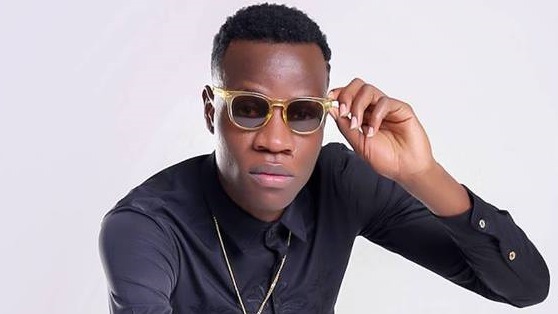 Gospel artiste Guardian Angel has risen through the ranks of stardom, from an unknown upcoming to a two-time Groove Awards nominee for the Best Male Artiste. However, behind his success lies an inspiring story. He shared it with The Insyder Magazine.

Born Audiphaxad Peter, Guardian Angel was raised by a single mum who trained as a nurse. His mother conceived when she still was in college and that put her in trouble. By then she was staying with her mother and step-dad, who told her to go to the man responsible for the pregnancy. On the other end, the man (Guardian Angel’s father) had denied any associations with her. That meant she was on her own. By then she was studying to be a nurse and was on her final year. She had to stay with a friend and when she finally gave birth she left Guardian with her mom as she had secured a job. At one week, Guardian was feeding on cow milk alone.

When he was six seven years, his grandpa decided that the boy had to go to his biological dad so that at least he’d be counted and secure some land. But his dad didn’t want him, so he was left alone, and was the only street kid in shagz. By now mom was jobless staying with a friend. He’s been an on-and-off street-kid, that music came to his rescue.

At one point he was re-united with his mom, who was staying at a friend’s place in Baba Dogo. The friend though had her own kids and plotted to kill Guardian Angel, or his mother. Fortunately for Guardian Angel (unfortunately for the mother), it’s the lady’s son who ate the poison that had been set for the intruders (Guardian Angel and his mom) consequently dying. He’s been picked off the streets, taken to a cell, gone to approved school and back to the streets. He has made records, was the first Kenyan student to win 10 Awards at the National High School Music Festival, till now that he’s saving souls.