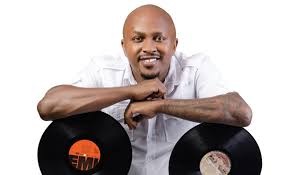 Released barely 48 hours ago, the brand new collaboration by Dancehall star Redsan and sassy singer Victoria Kimani ‘Live it up’ is no doubt one worth jamming to. Produced by Mombasa-based producer Teknixx and co-produced by Sappy and Crème de la Crème under the latter’s Epic Nation Music label.

Crème, who was instrumental in bringing the two artists together, says it’s about time that Kenya upped its musical game and reclaim its lost glory as the regions finest. “Clearly all artists are coming to Kenya, how then can we continue producing dubious music that makes us a laughing stock?” posed the talented deejay turned music executive.

“We have the ability to produce the best sound and artistes in Africa. Look, Sauti Sol is the best group in Africa yet local artistes are taking that for granted. I bet very few have approached them yet you see them being out washed after running to pay other emerging artistes across the region. Redsan is a legend. Victoria Kimani is at the peak of her career but we want to overlook that and run to a Tanzanian or a Ugandan. I thought to myself, why not?” he went on.

Crème promises more smashing local collaborations that will shake the industry. Just recently he produced yet another unlikely collabo No Love between former Camp Mulla group member Shappaman featuring Naiboi that has been receiving good airplay.