​KENYA: Your Favorite Girl Band The Band BeCa Slated For A Collabo With Music Powerhouses AKA and Olamide 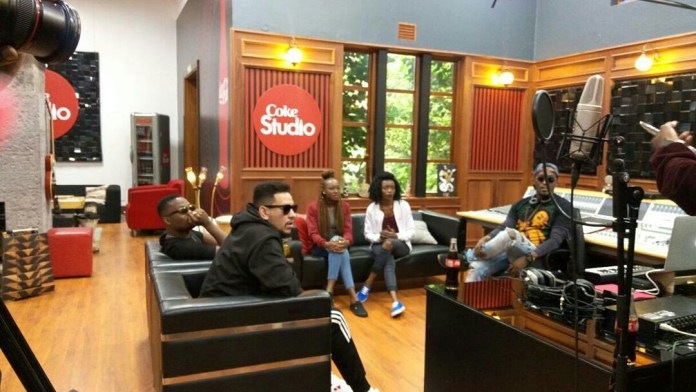 They rise faster that normal, breaking every ceiling on their way to the top and this is mostly accredited to their immense talent and having the best team in the market right now handling their music business.

The Band BeCa, an all female duo composed of Becky and Caro debuted last year September and in less than a year they have accomplished so much with the latest securing a slot at this year’s Coke Studio Africa.

The “Brathe” hitmakers who are also slated for a mega collabo with Africa’s finest rappers AKA and Olamide from South Africa and Nigeria respectively, announced the good news on their management team – Terazo New Media’s social media page.

In a statement they said;
“We are pleased to announce the selection of Kenya’s favorite girl band The Band BeCa as one of the Big Break groups for Coke Studio Africa 2017.
They are set to collaborate with two of Africa’s music icons AKA from South Africa and Nigeria’s Olamide.

Coke Studio Africa is a non-competitive music collaboration show, which seeks to bring together, and celebrate the diversity of African music and talent. It will give fresh talent like the Band BeCa an opportunity to work with some of the best local and international music and production talent. It brings together artistes from different genres, eras and regions to create a modern and authentic African sound through musical fusion.

Coke Studio Africa 2017 is expected to air from August in South and Central Africa markets and from September onwards in East and West Africa.”