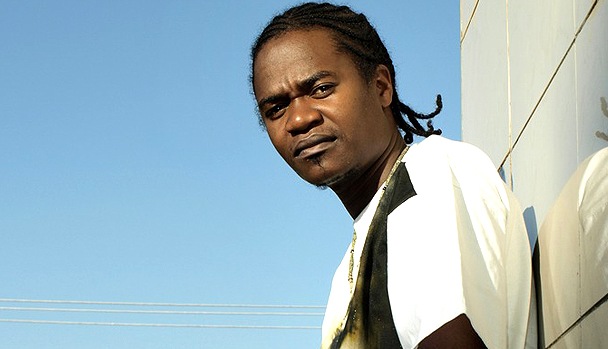 Paul Julius Nunda, better known by his stage name Jua Cali, is a Kenyan hip hop artist. For the first time, him and the wife open up about their marriage.

Singer Jua Cali is arguably one of the finest rappers Kenya has ever had since he first hit the industry in 2001 when he released his first single Ruka and followed it with Nipe Asali in 2002.

Along the way, Jua Cali bagged himself a beautiful woman who became his wife and have two children together; Evans and Doreen, named after the singer’s late father Evans Onditi and his mother Doreen Onditi.

In a recent interview with Parents, Jua Cali reveals how being a public figure comes with a price.

His wife on the other shared how she even had to quit her work due to pressure at her work place.

“I have never been vocal about my marriage to Paul and I have never even pressured him to  ‘showcase’ me as his wife. I have no idea how my colleagues found out I was married to him. However, as soon as word went round the office, expectations of how I was supposed to live, act and so on grew out of hand making my work environment very stressful,” says Lilly.

The couple have been together for 7 years, and married for 4 years.

The two shared on their marriage experience admitting to arguments that sometime end up in anguish or tears, Jua Cali says marriage is a “personal decision” and “consulting” with one’s partner is “vital”.

At first Lily felt misunderstood she would lock herself up and cry but his husband encouraged her to open up and talk about issues.

Jua Kali on the other hand is grateful to her wife for encouraging and being patient with him through out his career. He says his wife understands when he works late or out of town and that makes him feel like he matters.

Despite all his challenges and achievements parenthood is one of the best decisions he has ever made.

He looks forward to many years of great music and treasured family memories, urges other artistes to follow suite and never to be afraid to follow their dreams.