KENYA: Fena Gitu and Redforth Chorus Team Up For The Best Collabo Ever 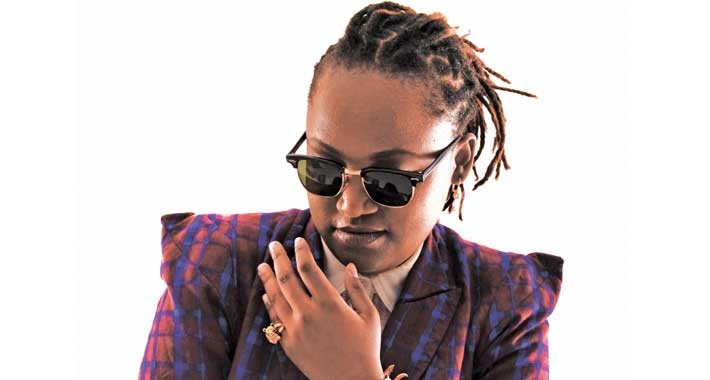 Redforth Chorus caught our attention when they did a cover to Sauti sol’s hit song ‘Kuliko Jana’ and now they are up to something big.

Together with singer Fena Gitu, they have joined an ongoing nationwide campaign dubbed JIACTIVATE to encourage youth to actively participate in politics and on governance issues affecting them.

Fena, who is known such hit songs such  as ‘African King’ and ‘They Don’t Know’, together with the Redforth Chorus will mobilize youth to be part of the movement working towards forming a youth declaration to be presented to all political parties ahead of the elections.

Inspired by the belief that Kenya’s greatest resource is its youthful population, the musicians are composing a song derived from the issues affecting young people across the country to pass on a positive messages. The song is set to be released mid June 2017 and will form part of the theme in the JIACTIVATE campaign.

“As a musician who aims at inspiring society through my music, it’s my duty to empower young people to take action in addressing the issues that affect them. This is an opportunity to reach many young Kenyans and be part of voicing concerns as active and conscious members of the society” says Fena Gitu. “As a role model to young people, I will use the tool best known to me to empower young people and educate them about their civic rights and duties.” she adds.

Fena and Redforth also urge politicians not to use young people to commit acts of violence or political hooliganism as has happened before, during the elections period. By informing youth about their civic rights and responsibilities, they will seek to sensitize youth to make active, positive and peaceful contribution to the campaigns and additionally help in educating their communities on political and social issues in regards to the election campaigns.

“The idea is to transform Kenyan youth into active ambassadors in their communities and to encourage a peaceful environment surrounding the country’s general elections. Youths have to be involved and it goes beyond elections, or forming a declaration,” Said Redfourth Chorus Music Chairman, Philip ‘Filah’ Tuju.