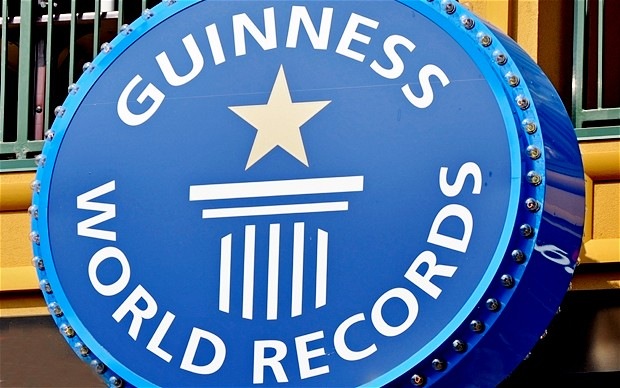 Earlier this year, during the 2nd East African Music Summit, ONGEA, Mdundo, a Kenyan-based music publisher and distributor, in collaboration with the ONGEA! team, PHAT! Intellectual Property, Artville studios and 242 upcoming East African musicians took it upon themselves to make an attempt in breaking the Guinness World record record for the longest officially released song.

The record to beat was 3:01:50. According to Guinness World Records, the longest officially released song is ‘In the Garden’ sung by US choir PC III. It was released through digital platforms iTunes, Amazon.com, Spotify and Google Play on 16 August 2015.

Artville Studios set up a makeshift studio on location at the ONGEA Music Summit, and a great turnout of 151 musicians managed to get their time in studio. South Africa, Zambia, Nigeria, and South Sudan, just to mention a few are some of the countries that had artists show interest in the project but logistics could not allow them to be present for the recording.

“We are thrilled to see our artists coming together, not for money or fame but to do something big. Our industry is often criticised for not doing that,” Mdundo CEO, Martin Nielsen said.

“It’s a thing of beauty that we managed to do by recording a 4:04:02 long song with a great message. This is one for for the history books…” Shyqo Koinange, Head of Music at Mdundo

The song has been titled ‘One People’ and drew upcoming artists, aspiring musicians who have never been in studio and established artists like Kenya’s H_Art the Band, Winyo, Nina Ogot, Phy Ng’etich and Chris Adwar. Munyakazi Deo and Angel Mutoni from Rwanda, Jeff Mduma from Tanzania, Macase Band from Cameroon and Lambson from Tanzania also participated.

Joe Masterkeyz, Artville’s creative producer, was tasked with recording, editing and mastering the song, a tedious task but in the end a job well done. He said it was quite a challenge to create the concept and bring the vision together, but having the opportunity to work with artists from different backgrounds and genres was quite exciting.

“We created a guide track and put it out on Mdundo.com,” Masterkeyz said. “Then we made the call-out at the summit and for the four days worked with the artists to create the audio equivalent of Pharrell Williams’s ‘Happy’. Any musician was invited to participate.”

The song has been officially released on Mdundo.com under the artist profile name ‘One People’. The Song is on the platform however for non-commercial use and therefore will not earn royalties.

I believe we should all take time and listen to the beautiful message of peace and Unity.