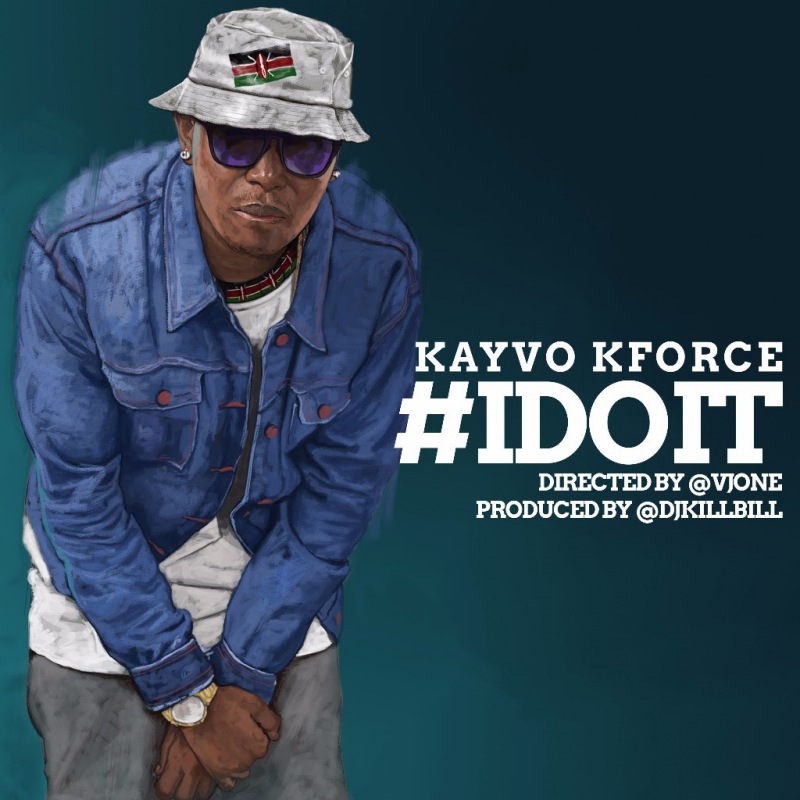 Kayvo Kforce is not a new name in the Kenyan Music Industry, the rapper has been working hard to maintain his position as a leader and has been proving critics wrong through his releases.

Last year December (2016) he released the singles 'Sipendi Madrama' featuring new comer Voste Wade and 'Sauce' which he collaborated with Reign (Kenya) and Keb (Botswana). The videos which are a combination of both Kenyan and International acts have been receiving great support making them go viral in Africa. (Check them out on Youtube)

This year he teams up with Dj KillBill to bring you "I Do It", a single set to be featured on KillBill's debut album titled "#SxKB (#SoundsByKB)". The video was directed by Vj One. This record speaks volumes on Kayvo Kforce's lyrical prowess and delivery.

The song talks about Kayvo Kforce's approach to life and his art, it touches on his musical journey and a bit about his history growing up in Kenya's biggest slum (Kibera) coupled with a little bravado as is the norm in HipHop. "I Do It" showcases his crafty and creative song writing and composition skills. Coupled with hard hitting, realistic, relatable punchlines and lyrics, this record is sure to penetrate the African Real Hip-Hop market as a multi-lingual straight shot from East Africa.

Kforce is surely bringing back what’s been missing in Kenyan Hip-Hop since the days of Kalamashaka and Mau Mau on this record whose main target is his core fans. Enjoy...