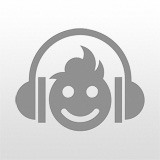 4 592 monthly listeners. Rank: 273 ↘ -4
Anthony Victor widely known as Victony is a Nigerian singer, rapper and song writer who happens to be one of the freshest kid on in the Nigerian music industry. (more)
Promote artist ↑
report
Get Latest DJ Mixes

He is a Nigerian singer, songwriter, rapper, and performer whose real name is Anthony Ebuka Victor. The singer was born in January 2001 and therefore qualifies to enrol in the new wave of Nigerian singers such as Ayra Starr, Rema, Fave, and many other Generation Z artists who bring new sounds to the Nigerian music industry. Since his debut, he has so far explored many music genres such as R&B, Afrobeats, and Hip Hop.

The "Pray" singer hails from the Orsu area in Imo State in Nigeria. He started his music career in 2017 when he released his debut mixtape titled "The Outlaw King" which introduced him to the Nigerian music industry as a rapper and motivated many fans to give the moniker "The Outlaw King" as a reference to his debut Mixtape.

When these covers, started going mainstream that is where Victony decided to switch and showcase the other side of his artistry as he started to adopt and explore other music genres such as R&B, Afropop and even trap music instead of focusing on hardcore Hip Hop only.

It was in 2021 when Victony released "Pray" a song that not only made his brand a household name in Nigeria but also introduced to many A-List artists in the Nigerian music scene. The song was released after his accident in April 2021 which made him get surgery and started using a wheelchair for several weeks.

After "Pray" went mainstream, the singer joined hands with Mayorkun to release another song titled "Holy Father '' which got mainstream attention. The song stayed atop many music charts in Nigeria including the Apple music chart Nigeria.


Which Are The Most Popular Songs From Victony?


Does Victony Have Any EP or Albums?

Victony has 2 EPs titled Outlaw which contains 7 songs such as "Outlaw", "Chop & Slice", "Apollo", "All Power" and many others. The EP has been well received within Nigeria and beyond.


The other EP is titled Saturn which contains songs such as More, Maria feat. Falz, Space & Time, 87 Club, Fasta and Jó Riddim.

Victony has not yet released any album so far and he is currently managed by Mainland Black Party & Jungle Records.


How to listen and download Victony music on Mdundo.com

His songs are available for free download and streaming on mdundo.com. To listen to his tracks on Mdundo, visit mdundo.com and search for Victony. A catalogue of all his available MP3 music will then be provided for you to select the songs you want. You can download/listen to his latest songs on Mdundo through your phone, laptop, or any other device that can access the internet.