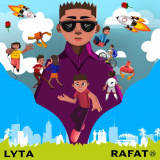 Lyta, is the stage name of Opeyemi Babatunde Rahim, a Nigerian singer and composer. After a dispute with Olamide, he parted ways with YBNL Nation in May 2019. He had inked a record deal with the label in 2018. 2019 saw the release of his 5-track Id debut EP.

It was with his other band members that Olamide discovered his talent, his lyricism and his determination to make great music. On February 3, 2018, made his record deal with YBNL Nation public. For his break-out song "Time", the singer featured celebrated music star Olamide and it was released on February 14th, 2018.

A year later Lyta left the YBNL Nation in because of personal and professional problems. He later signed with Doro Musik Gang after leaving YBNL, and on July 12th, 2019 he released the Killer Tunes-produced song "Monalisa." Within a month of its debut, Director K's "Monalisa" music video had received over 500,000 views on Youtube.

A few weeks following the debut of "Monalisa," Davido contacted him to inquire about collaborating on an official remix. As agreed upon, he and Davido took a flight to Dakar for the remix and video shoot. On August 30, 2019, a remix of "Monalisa" was made available. The song, according to Rolling Stone's Elias Light, is a "handsome contrast with strong outbursts of yearning." Director K was in charge of the remix's corresponding music video. Following his collaboration with Davido on the remix, he earned recognition.

On December 6th, 2019, Lyta dropped the Killer Tunes-produced Afrobeat song "Worry" which was shot by Simplicity Visual Studios in London. His parents push him to go for greater heights. The fact that his mother is blind burns a strong desire in him to make it in his trade and give her a comfortable life. His father also supports him by looking for sponsors.

Why Did He Leave YBNL?

He left YBNL after fellow music star Olamide unfollowed him on Instagram. Days later according to Guardian Life Olamide said that the ‘Monalisa’ hitmaker did not follow the label's calendar of promotions and that did not sit well with the label.

At the moment, Lyta is signed under Naira Marley's Marlian Records. He also dropped "Hold me Down(Omo Gidi)," his debut single with the label. TG Omori created the music video for "Hold Me Down," which was influenced by the Kpop Korean boy bands GOT7 and BTS. He, however, did not request permission, and the very same video saw outraged K-pop fans lash at the singer.

How To Listen To Neyma’s Music On Mdundo?

His songs are available for free download and streaming on Mdundo.com. Visit the site using a device that can access the internet. Navigate to the search bar area, type in the artist’s name then tap on the search button. A catalogue bearing all of her mp3 songs will show up. Scroll to your favourite song and either listen to it online by tapping the play button, or save it to your device by tapping the download button.