DNG Explains Why he Shifted from Gospel to Secular Music [Video] 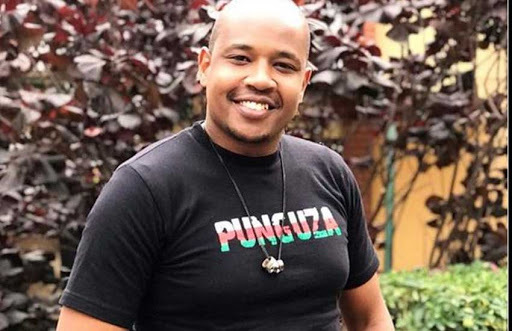 Renowned Kenyan artist Davidson Ngibuini Gikandi popularly known as DNG has opened up as to why he quit gospel music for secular.

In an interview with Cleaning The Airwaves (CTA), DNG narrated his journey to self-discovery as an artist noting that he started to question his faith as and some of the teachings that he was being indoctrinated to.

“I began to stop enjoying doing gospel music. I felt like gospel music at the same time had put me in a box, where I couldn’t even enjoy, like ‘Mpenzi’ for example had so much skeptics. I felt like I wasn’t free to explore, free to perhaps identify my art, because art cannot have a limit, it’s limitless, art is like a river, let it flow, and I feel like once you put blockades , the art ceases to flourish. As an artist you need to be at your most fascist, at your most openness, at your intense freedom. You need to be allowed to pursue your craft your way because it is your craft,” he narrated.

DNG made his debut in the entertainment industry in January 2003. Initially starting off as a secular artist, he joined gospel industry in 2004 where he won in several awards especially the Kora Awards.

He again shifted back to secular years later. DNG currently works as a radio presenter, actor, hype man and an entrepreneur.

He is also the CEO and founder of 254 Digital.