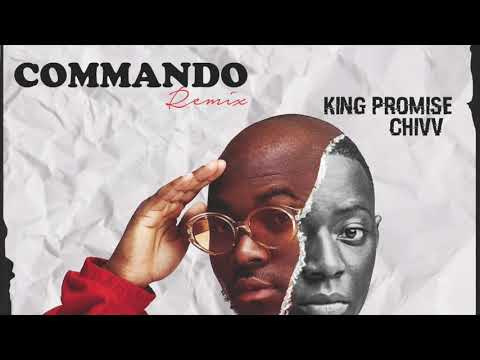 Last year King Promise highlighted 2019 with a super track dubbed ‘Commando’. The track was welcomed with open arms ,racking a staggering 4 million streams on streaming platforms. King Promise couldn't get enough of the track and decided to do a remix to the track and tag teams with Chivv on this new instalment.

King Promise being no stranger to matters of the heart, imparts romantic lyrics to the track. The ‘Commando remix’ maintains its beats and hook from the original track. Chivv hops on the second verse and executes his role with quite the brilliance.

Chivv is Dutch hip-hop recording artist who rose to fame as a member of the rap group Sawtu Boys Money Gang, or SBMG. With the group, he is widely recognized for the viral hit single "Ooh Na Na," which was played well over 4.5 million times in a single year.