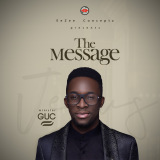 Real name, Gift Ugochi Christopher, Minister GUC is a Nigerian gospel singer and songwriter from Port Harcourt, Rivers State, South-South of Nigeria.
Minister GUC grew up in the streets of Port Harcourt selling water and driving trucks as a means of livelihood because he had lost both parents at a tender age and was now left with the burden of catering for himself.

Not letting his environment and circumstances deter him, he was very well determined to use his talent judiciously. He started his music career in 2013 and would go ahead to release his first single titled I Believe on the first of January, 2014. He continued to push his music independently until November 2019 when he got signed to Nigeria’s most popular gospel record label, Eezee Conceptz where he joined the likes of Mercy Chinwo, Judikay, Toby Godwin and Chioma Jesus who was already flying the flag of the label. Minister GUC was welcomed to his new record family with a brand new car.
A very well deserved record deal, the gospel minister had before the record deal already worked his way up the gospel music scene having already worked with notable Nigerian gospel music singers like iJay and Sammy Hart. He also delivered a spirit-lifting performance at Excel season 8 & 9, the annual gospel concert by St. Andrew’s Presbyterian Church of Nigeria. He also graced Charles Bob’s Manifest Concert 8 and Heart of Worship, Synod Of Worship 2019 edition.

April 2021, he also released his sophomore EP titled In This Place. The EP followed the format of his previous one with the single track running for a little under twelve minutes. His latest project , the third EP “Captured My Heart” was released on the 25th of March 2022, a single track project with a listening time of ten minutes and thirty-one seconds.