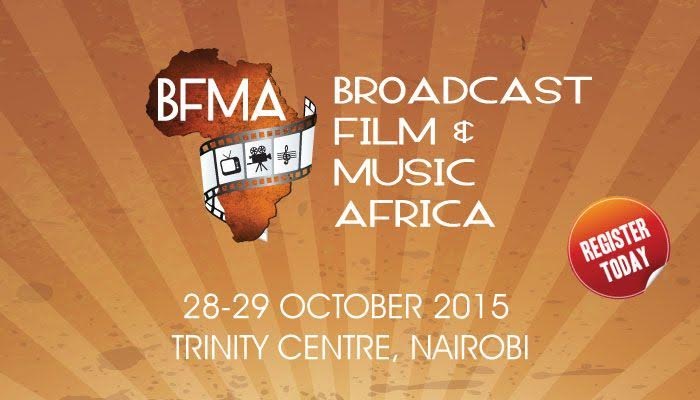 The conference will attract over 4000 professionals from Africa’s creative industry. Top digital content house and creators What’s Good Studios (WG Studios) celebrating two years since inception, have partnered with the event this year to define what a digital experience has become of this age. Sister company, What’s Good LIVE will curate music sessions and DJ sets while WG Studios will provide several moderators, panelists and host a workshop to champion the importance of using digital platforms for business-oriented content creation/distribution, and marketing/advertising.

On Wednesday 28th Oct at 11:00 a.m. WG Studio’s CEO and co-founder Tilo Ponder will also be a panelist on a Digital Migration session. Tilo says, “WG Studios has been at the forefront of digital entertainment content and we are thrilled to help grow the digital movement by sharing our knowledge of digital production at this event. We are keen on helping young creative grow sustainable careers that reach global markets.” At 2:30 p.m. she will moderate a session on How African Artists Can Make Money in New Digital Media. Panelists will include Ketebul’s Tabu Osusa and Martin Nielsen of Mdundo.com. At 4:00 p.m. the discussion: The Relevance of Hip Hop in Africa will feature panelists: Anyiko Owoko (Entertainment & Music Publicist), Nazizi (Artiste) and Maji Maji of Ghetto Radio, among others.

On Thursday 29th from 11:00 a.m. attend the panel discussion: Taking Animation to the Next Level moderated by WG Studios’ Cris Blyth (Executive Creative Director). At 2:30 p.m. David Ayeni (NewTek Africa rep) and WG Studios’ Cris will be panelists on the session: Visual Entertainment in 2020 - Convergent IP platforms & advanced IP workflow. They will shed light on the technology behind the Tricaster – a device that provides high quality dynamic video for digital marketing while reducing production costs significantly.

It enables real time digital productions with digital sets as seen on major media platforms such as CNN, BBC and others. WG Studios has partnered with NewTek, the makers of the Tricaster. David Ayeni of NewTek says, “Tricaster is the mother of all digital broadcast capabilities. I am excited to partnering with WG Studios as they are a premium digital content studio, setting international standards for the market. This can be seen in their digital shows like Midnight Hump Show and Sheng Talk, created with a Tricaster”.

At 4:00 p.m. Thursday 29th don’t miss an exclusive first from WG Studios’- a workshop on Launching a Successful Digital Platform in a Crowded Market. There will be a WG Studios pop up booth where you will be shown exactly how they work as a team, including how the Tricaster has set their work on a different level. WG Studios’ young team of writers, hosts, videographers and editors will share the struggles and triumphs of celebrating their first year in the digital market.