EXCLUSIVE (S.A): AKA Apologizes For His Recent Assault Allegations

Following a report that the rapper had been embroiled in another club brawl, the artist decided to voice his side of the story on the various allegations of assault which have dogged him recently, before we all rallied up and decided to take him to an anger management specialist: 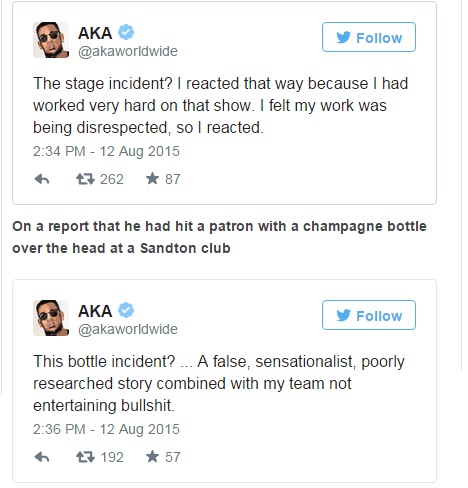 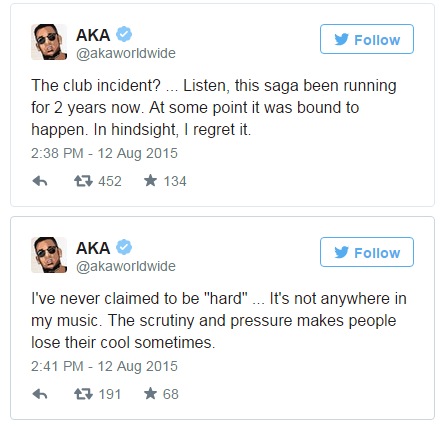 AKA went on to defend his actions. 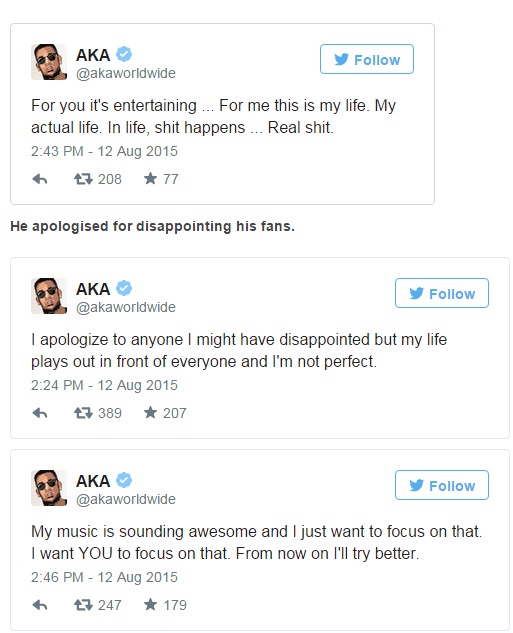 So do you forgive him? Let AKA know in the comment section below.