REVIEW (S.A): 'Boss Zonke' Could Be One Of Riky Ricks Most Original Pieces In A Long While

FromAmantombazane to the masterful one take shot in its remix and the sheer brilliance of the verses on it , to the stunning aerial shots in NAFUKWA , and now he’s viral video to ‘Boss Zonke’, Riky Rick is proving to be the modern day King Midas! 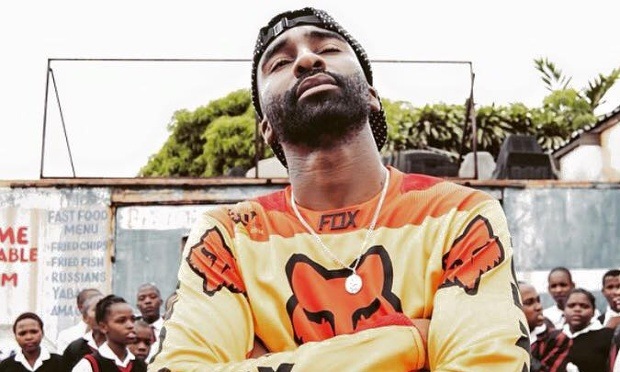 All this has occurred amidst some professional turmoil.  After returning to the music scene in late 2013 and signing with Motif Records, Riky announced that he would be leaving the house that Tumi and Bradley built almost exactly a year later.

EXCLUSIVE (S.A): Rapper AKA Calls Ifani A Liar? Here's Why!

Rumours were abound that Riky was looking to sign onto the independent imprint Cassper (his long-time friend) and his team were forming at the time which would later be titled Family Tree. It seems Riky went another route and formed his own company titled Makhado Makhado Agency.

Late last year when he dropped the audio for Boss Zonke it looked and sounded like Riky had managed to produce an original sound once again. The sound of the song was unique yet catchy – a bass heavy offering that could pass as a club anthem without sounding anything like other offerings out at the time.

Since its release Boss Zonke has been one of my favourites and I could not wait to see the video and it seems the heavens smiled upon me and decided to take care of this out of reach itch with the visuals.

LOVE MDUNDO NEWS? LET US KNOW VIA THIS LINK