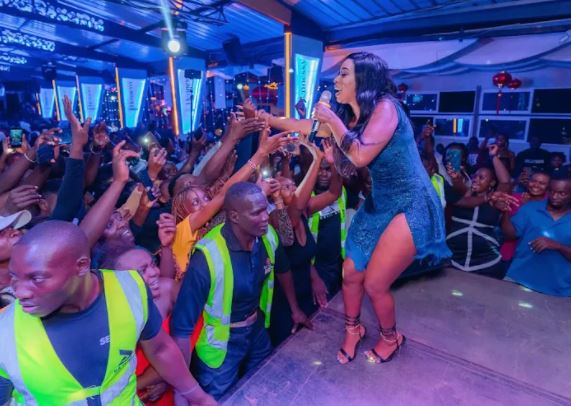 Fast-rising Kenyan artist Diana Marua has confirmed that she has recovered her YouTube channel a day after it was hacked and deleted.

In a statement that she published on her social media pages, the singer appreciated the YouTube team and her YouTube channel managers Ngomma VAS for their quick intervention.

She also appreciated her fans for the emotional support they gave her. Some of the videos that had been previously published on the Diana B's YouTube channel which had over 600,000 subscribers have been restored although some of the statistics are not accurate.

According to Diana B, the name of the channel had been changed to ARK INVEST, but the process of reverting it to Diana Bahati is in motion.

"My YouTube channel is almost back unfortunately the hacker had deleted several videos and changed the name to Ark Invest which used my channel to post content that violates YouTube guidelines and immediately I was flagged off as a user… I want to thank the @youtube Team for your quick Intervention and efforts to make sure I do not lose my content and subscribers. Thank you Ngomma VAS and my fans for your prayers," Diana B wrote on social media.

"If you scroll through the already restored videos, you will notice I have lost thousands of comments which I hope will be back soon. We are in the process of getting the channel back to my official brand name Diana Bahati," she added.