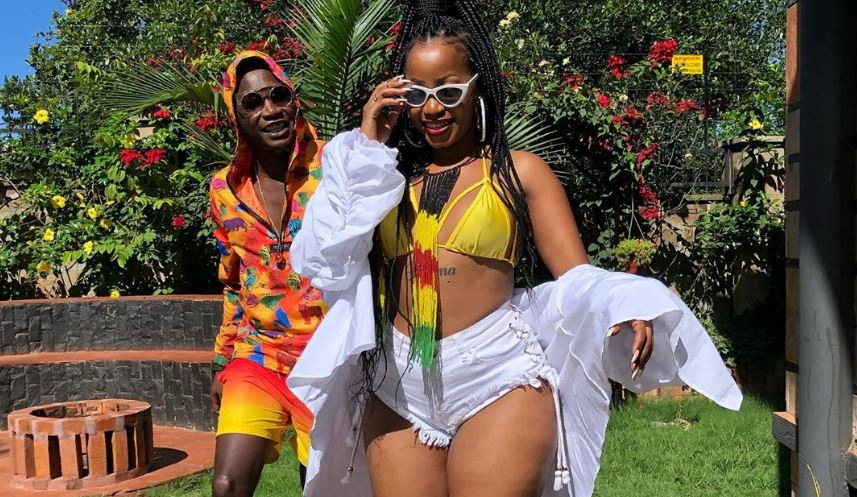 Ugandan artist Kabako has reacted to reports of Sheebah’s exit from Team No Sleep (TNS) record label, noting that as an artist, Sheebah Karungi is bigger than the label.

Sheebah Karungi has been signed under Team No Sleep since she started her solo career way back in 2013. However, recently reports emerged indicating that she had parted ways with the label.

Speaking during an interview with BBS TV, Kabako expressed his utmost respect towards Sheebah, noting that she is a big brand and can’t be compared to the Team No Sleep label.

"Sheebah is a very big brand. She is bigger than Team No Sleep that I'm signed under. She's so much of a superstar that I even fear including her in my jazz for fear of being misquoted," Kabako said.

Kabako and Sheebah are good friends and have on many occasions supported each other in all aspects of life. Their relationship, however, doesn't take away the fact that Kabako is still under TNS which Sheebah is reportedly at loggerheads with.

"I'm TNS and I will always be. I haven't had a disagreement with anyone that's why I'm still under it. Fighting Team No Sleep means I'm fighting against my job," Kabako said.

Although Sheebah hasn't addressed the reports, she has removed the TNS booking on her social media profiles and has also been posting cryptic messages which netizens believe are aimed towards TNS boss Jeff Kiiwa.