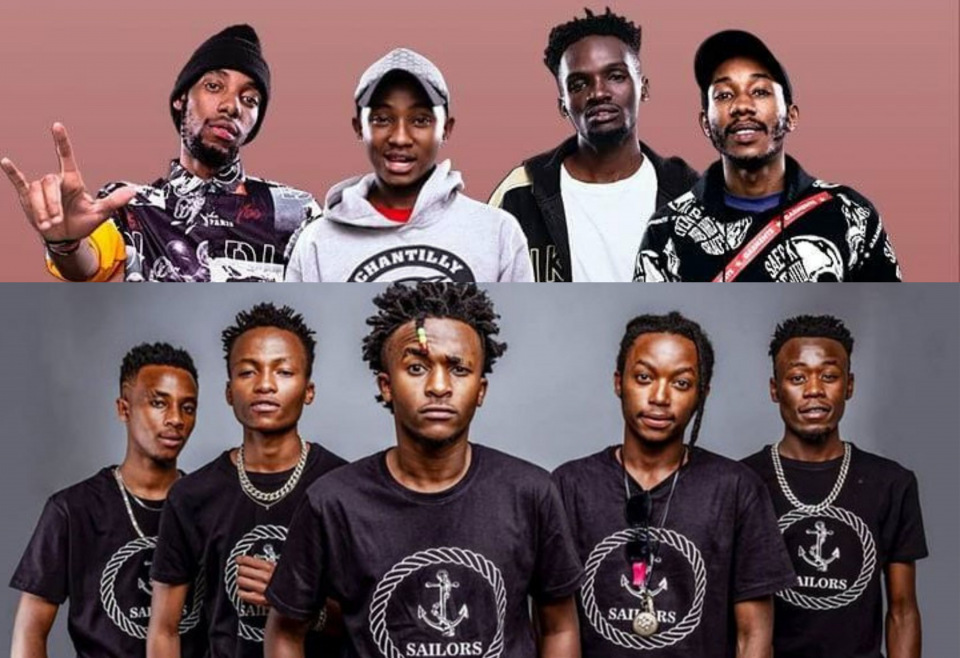 Gengetone has grown to become the identity of Kenyan music. Despite the debate that has surrounded the growth of the genre, its originality and the local touch make it the one exclusive genre to the Kenyan music industry. As the year begins, fans are hopeful to see more of gengetone hit songs. Here are five gengetone musicians who are expected to satisfy the expectations of fans this year:

The Black Market Records signed band had a successful run in 2021 and is expected to do even greater this year. Last year, the group earned international collabos with artists such as Lava Lava from Tanzania and Uganda's Fik Fameica. The group also received sponsorship from popular Kenyan rapper KRG The Don for their great work in the industry. This year the group is expected to go big and keep the fire burning in Gengetone.

They were among the pioneers of Gengetone. They earned the attention of the whole world with their song 'Wamlambez'. A fallout between the group and its management, however, affected them negatively. Reports also emerged online indicating that the group broke up, but the members did not  confirm. This will be the year to find out whether the band will reclaim their top spot in Gengetone.

Read Also: 5 Kenyan Record Labels to Watch Out for in 2022

The four-man band appears to be one of the most solid Gengetone groups in the country. Their consistency and diversity has seen them earn more love from the fans. The group also appears to have a policy that allows their members to work as independent artists too; a factor that has allowed them to deliver more. This year fans are hoping that Ethic will release more music as a group, even as the band members work on solo projects on the side.

The group has cemented its reputation as one of the big wigs in the Gengetone genre. This year all eyes are on the group especially given the fact that one of its members Odi Wa Murang'a, has announced his political bid. Will his venture into politics affect the group? Well, this will be the year to find out.