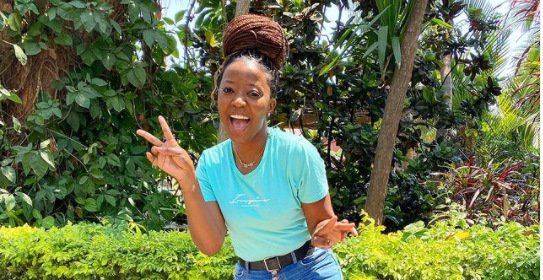 Esther Chungu had a stellar performance at the Global Citizen Live Concert in New York in September. Esther shared the stage with Coldplay in New York and performed her hit song ‘Jehovah’. She stole the moment as she let out her magical vocals in a set with Chris Martin as Coldplay did the instruments for her. The presence of thousands of fans at the venue pushed her to put out her greatest performance in an event graced by Burna Boy, Ed Sheeran, Bullie Elish among other world star.

The ever sassy rapper scooped an AFRIMA award in November. She won an award in the “Best Female Southern Africa” category beating the likes of Nomcebo Zikode, Makhadzi, Kamp Mphela, Zanda Zakuza and Zimbabwe’s Tamy Moyo. In her acceptance speech in Nigeria where the ceremony went down, Cleo attributed her success to her husband, children and fans.

Tuesday, November 23 was a great day for Zambian artists Tio, Wezi Heartsound, Ben Blazer and Sampa The Great after bagging a 2022 Grammy Award nomination. Wezi bagged the nomination under ‘Best Reggae Album’ category. The Zambian Soul and RnB songbird was featured by Etana in her ‘Pamoja’ album. Sampa The Great, Blazer and Tio were nominated for their collaboration with Angolan songstress Angelique Kidjo.

Macky 2 Collaboration with AKA

Macky 2 teamed up with AKA and released ‘Beautiful Night’. Although there are other Zambian-South African collaborations, this one swept the country away.

You all know Yo Maps for his great musical success. But, not many knew him before 2018 despite venturing in the industry in 2008. It took him 10 years to be recognized and all this time, he never gave up. Yo Maps says he believes in himself and in better days to come. He says that in the course of his music career, he never felt the need to release and album until he was accepted which is why he is dropped his first album, ‘Komando’ ina October.