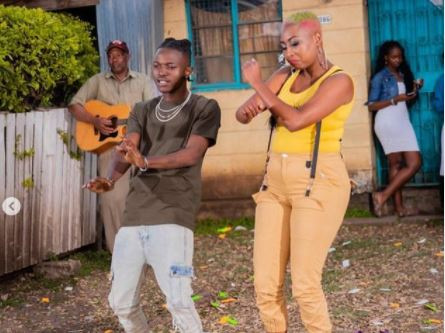 'Ghetto Love' is a sensational love song that focuses on qualities of love bred in the ghetto.

Mr Seed being a Ghetto Boy vows to doing everything within his power to make his significant other happy.

The smooth blend of both Mr.Seed and Vivian's vocals stirs an intimate vibe off the single.

'Ghetto Love' was directed by Slim Mapoz and features a guest appearance from Miss Trudy.

"This was such an amazing experience.Thanks for having me on your video," Miss Trudy said.

The video has been received well and already has thousands of views on YouTube wthin the first hour of its release.

Prior to releasing 'Ghetto Love', Mr Seed was flying high with 'Only One' (Dawa ya Baridi) featuring Masauti.

'Only One' is arguably one of the biggest love songs in Kenya at the moment, with over two million views on YouTube.