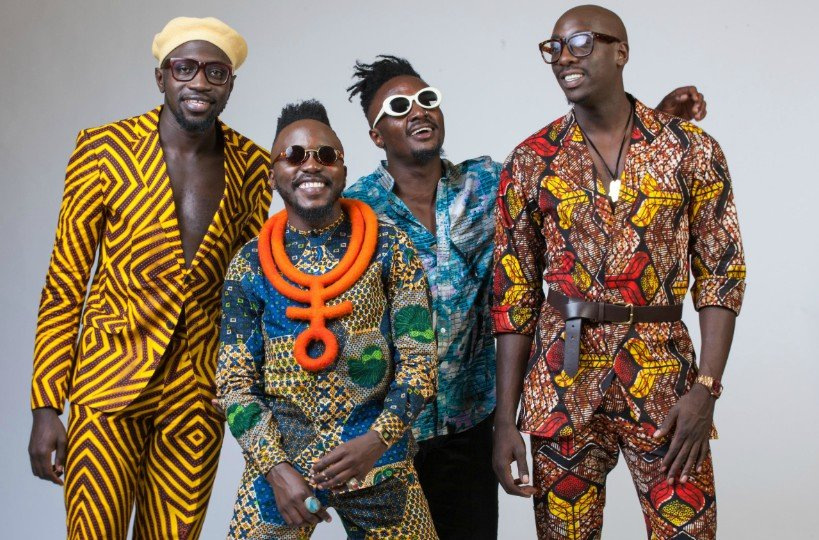 Celebrated Kenyan Afro-pop band Sauti Sol has continuously placed the country on the global music chart, with their numerous accolades in the region and across the world.

Apart from being excellent and super talented singers, Sauti Sol is also good at songwriting and music production; a trait that came out in Burna Boy’s ‘Twice as Tall’ album.

Having featured, written and produced songs in the albums, the group has been recognised and awarded a certificate by the Grammy Awards academy.

“The Recording Academy presents this certificate to Sauti Sol in recognition of your participation as producer on the Grammy Award-winning recording ‘Twice As Tall,” the statement read in part. 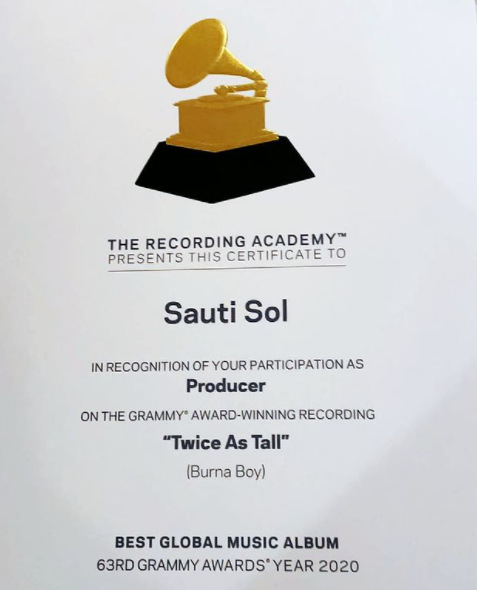 With the award, the group has made history being the first Kenyan producer to be recognized by the Grammy Academy.