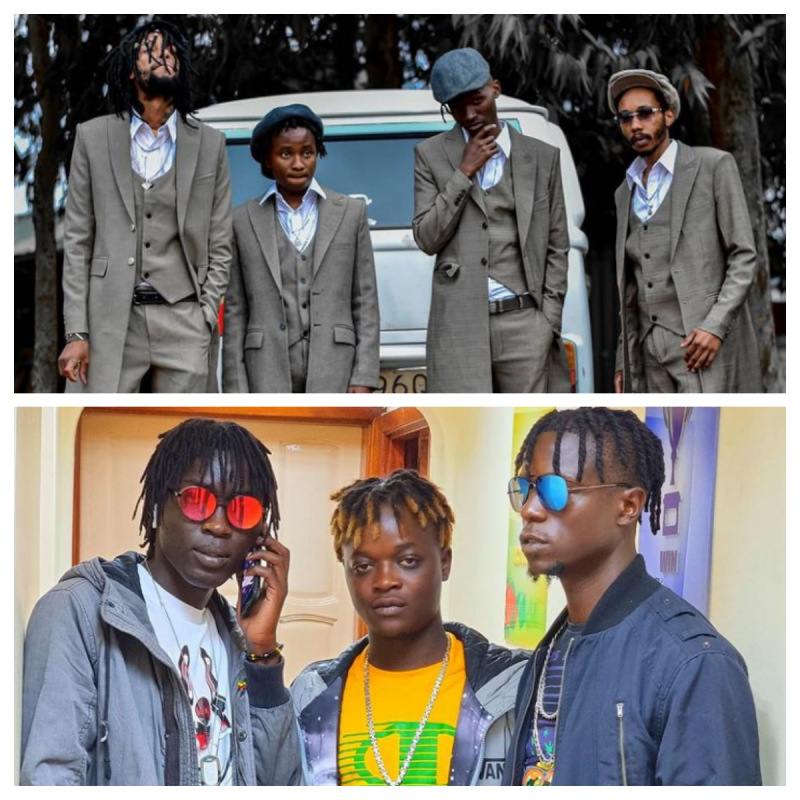 Gengetone is our identity and pride. It has revolutionized the Kenyan music industry and given birth to countless job opportunities for young people who work in the entertainment industry. The genre pioneered by Ethic became main stream after the group dropped ‘Lamba Lolo’ on 31st May 2018.

Ever since its inception, Ethic have endeavored to release music that connects with their fan base and this has earned them unprecedented success. On the other hand, Mbogi Genje are currently the talk of the town. The group which keeps trending on social media sites has been releasing new Gengetone songs consistently while incorporating new Sheng’ lingo which keeps their fans coming back for more.

These two groups have over the years cultivated loyal fan bases. The loyal fan bases both claim that their group features the Kings of Gengetone. In this article we review some of their achievements over the past few years:

In 2019, Ethic received the Silver Award from YouTube after attaining 100,000 subscribers on the platform. They were also nominated for The Best Group Category at MTV MAMA awards in 2020. On the other hand, Mbogi Genje made history in 2020 after winning the coveted Kisima Music and Film Awards for the Group of The Year Award.

In June 2020, Ethic dropped their debut album dubbed ‘Big Man Bado Odinare’ which had eight tracks including two features with Khaligraph and DJ Katta. On the other hand, Mbogi Genje are yet to release an EP or album.

Ethic has a number of hits that include; Lamba Lolo, Instagram, Quarantei, New Position, Odinare and Katika among others.

On the other hand, Mbogi Genje has top songs that include; Full Degree, Kidungi, Giz Giz and Warena among others.

Mbogi Genje and Ethic have embraced the streaming sites, with both groups consistently uploading their music on YouTube. Ethic’s YouTube channel which premiered on 31st May 2018 has 41,161,294 views while Mbogi Genje’s channel which was started on 1st July 2019 has 14,271,830 views.

Instagram has become an important tool for artists to communicate with their fans. Currently Ethic has over 205,000 followers in comparison to Mbogi Genje who have 51,000 followers.