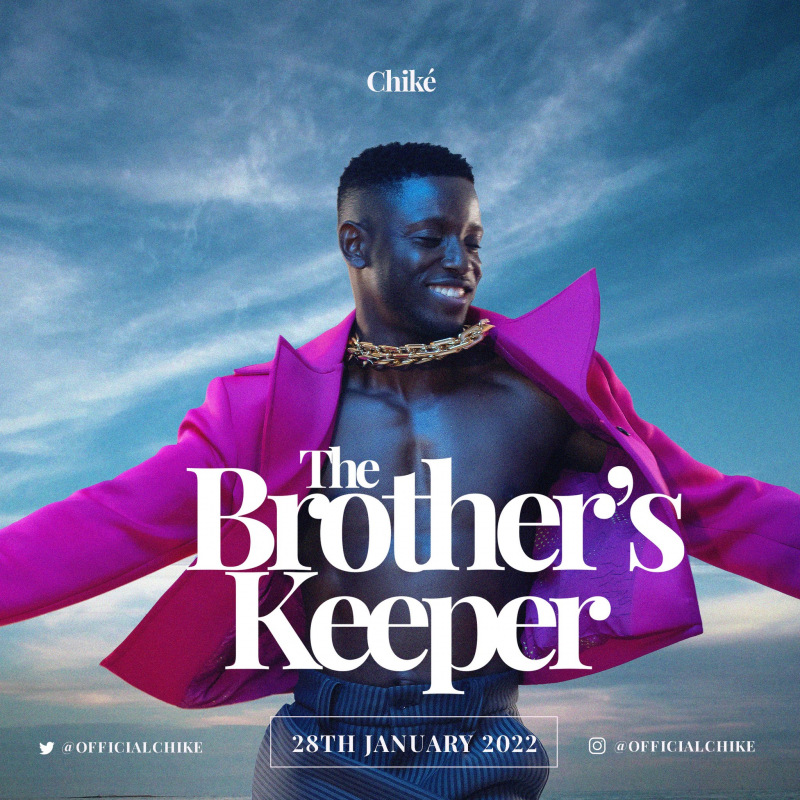 Nigerian singer-songwriter Chike has announced that his second studio album will be dropping early in 2022. In a post on his official Twitter handle, the 28-year-old musician and actor revealed that the album is titled ‘The Brother’s Keeper’.

"We have flown the air like birds and swum the sea like fishes, but have yet to learn the simple act of walking the earth like brothers." - Martin Luther King Jr. The sophomore album #TheBrothersKeeper arrives 28th January 2022... The wait is almost over,” the singer tweeted.

The LP which has a total listening time of 46 minutes blends a variety of genres including folk, R&B, afro-pop, alternative pop and highlife. It featured three artistes – Ric Hassani on ‘Nakupenda’, M.I. Abaga on ‘Forever’, and Zoro on ‘Watching Over Me.

One of the stand out records off the ‘Boo of The Booless’ album is ‘Running’ which already has a refix – ‘Running (To You) featuring Simi and also ‘Roju’, a song whose visuals was released in June 2021. Roju celebrates enduring love and diverse cultures with a wedding extravaganza.