The Evolution of Popular Girl Groups in Ugandan Music Industry 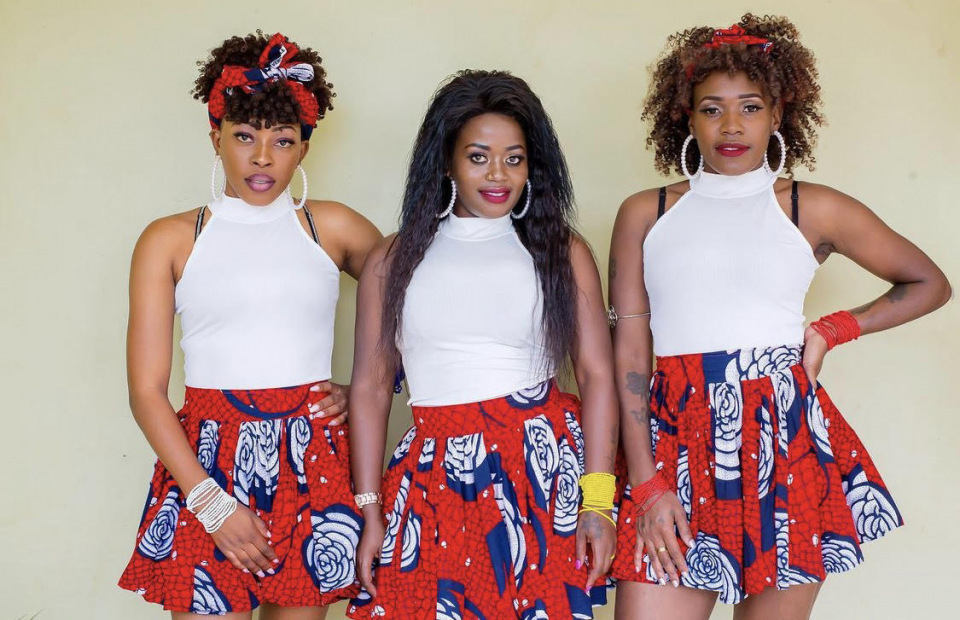 The early 2000s saw a lot of female Ugandan musicians make their breakthrough to the music scene. Most of the female artists then either got their breakthrough via a group or as solo artists. For the better part of the decade, girl groups were the in-thing.

The groups received massive airplay, scooped accolades, but unfortunately came and went. Successful careers have since risen from the female groups.

In this article, we review some of the top girl groups that dominated the music scene back then.

The Sundowners’ band; Lilian Mbabazi and Cindy started out as a duet,, later adding Jackie Chandiru to form the legendary Black Ladies of Uganda, BLU*3 group. The three met at a talent search campaign organized by beverage company Coca Cola in 2004. Together they took the Ugandan scene by storm under the stewardship and mentorship of Fenon Records Steve Jean.

At the height of their success, Cindy opted out and was replaced by Mya Baganda. Later, things went south, with members of the group opting for solo careers. Explaining why she ditched the group, Cindy noted that it was ripe for her to move on at that particular time.

Sheebah Karungi of Team No sleep owes her roots to the Obsessions. The Obsessions was both a girls and boys group. There’s talk that its unisex composition created the cracks within. The group had in its ranks among others Hellen Lukoma, Brenda Nambi, Jackie Tusiime, Cleopatra Kyoheirwe and Ronnie Mulindwa.  Former members Hellen Lukoma and Brenda Nambi formed HB - Toxic, popular for their erotic dance moves and skimpy dressing, a practice that was still alien to Ugandan social scene.The duo didn’t last long. Hellen has since added acting to her resume (Popular TV series, the Hostel) and revamp of her music career.

Having witnessed the success of girls group in the country, Producer Eddie Yawe wanted in on the catch. He founded a girl’s group dubbed Dream girls. The Dream girls are best known for their song ‘Weekend’. The group had Leila Kayondo, Rena Nalumansi and Anita d Diva among others. The group was managed by Emma Carlos.

Other girl groups that dominated the music scene back then include; Chilli girls and City Rock Entertainment; who have come back stronger since signing under Blackmarket Records.

Most of the groups are defunct today. However, from these groups, successful solo careers have budded. For some, there has never been a ‘postmortem’ as to what transpired. In most corridors, the fall of girls groups is always linked to fame, internal wrangles, issues of intimacy and in some instances drugs.

Ronnie Mulindwa, a founder member of the Obsessions argues that much as managers could lead to the downfall of groups, it is to a lesser extent.

“It’s not usually managers. Well, it could be. However, these are people of different ways and make. They are bound to disagree ,” Mulindwa opined.

Media personality Eddy Sssendi puts it entirely on money and fame. He argues that musicians will lose focus if they came to the industry for money and the money actually comes.