Nviiri Vs Bensoul: Who is The King of Sol Generation? 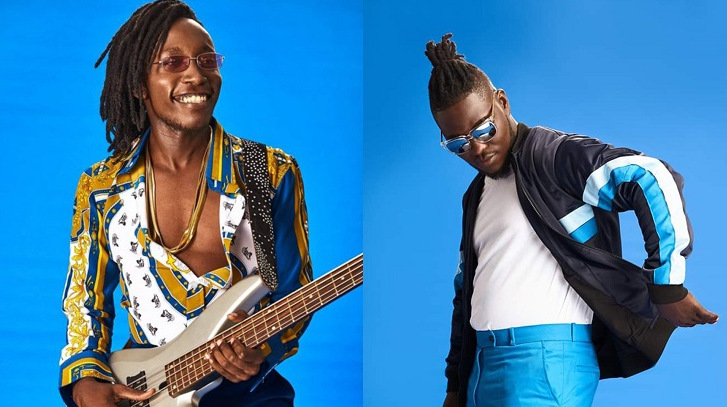 The music scene in Kenya is currently blooming owing to the fact that many renowned artists are not only releasing great music but also supporting upcoming artists. Such is the story of the talented brothers Nviiri and Bensoul, who came into the limelight through the support of the biggest group in Kenya, Sauti Sol, who signed them under the Sol generation.

Since their signings, the two have gone ahead to prove that they were worth every cent, by capturing the hearts of millions of fans who support them by streaming their music, attending their shows, and following them on different social media platforms.

Thanks to their shared origin at Sol generation, many people have been comparing them, with fans of each side insisting that their favorite artist is the best. In this article, we will review some of their achievements over the past few years:

This year (2021) was a successful year for Nviiri after he managed to release his debut EP dubbed ‘Kitenge EP’ on 5th March 2021. ‘Kitenge EP’ is a 6-Track EP featuring Kenyan artists; Sanaipei Tande, Khaligraph Jones, Sauti Sol, and Bensoul.

Covid has completely changed how we conduct our day-to-day activities. As a result, people are slowly adapting to the new normal, which includes handling more business online. Fortunately, the two talented artists have adapted to the new normal easily, this is evident with their choice to upload their new EPs on YouTube, in the middle of a pandemic. As a result, both artists have accumulated millions of views online, with Nviiri leading the pack with 20,576,998 views on YouTube and Bensoul following closely with 18,939,700 views.

The world has evolved to a point where an artist can communicate with their fans one on one via social media. One of the most convenient platforms for communication between artists and fans is Instagram, which allows anyone to join and follow different people, without limitations. Nviiri and Bensoul, like other celebrities, use their Instagram handle to showcase their different personalities, as well as inform their fans of new music releases and upcoming shows. Currently, Nviiri leads with an Instagram following of 144,000 followers with Bensoul following behind with 109,000 followers.