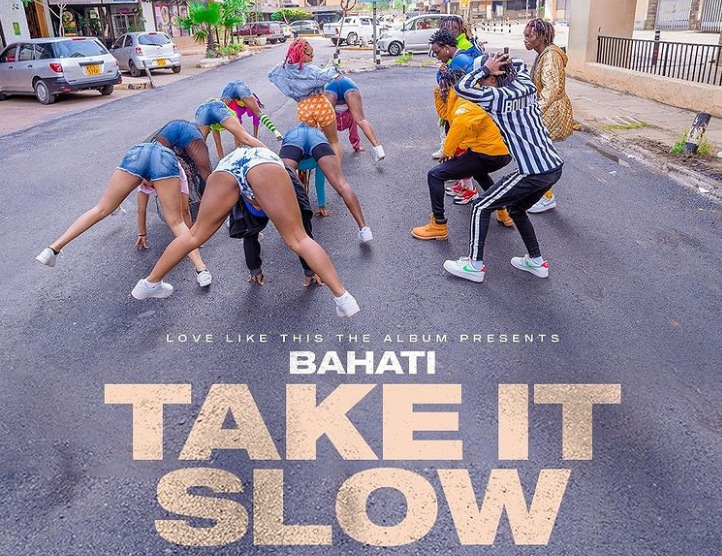 Renowned Kenyan artist Bahati has released a new video for ‘Take It Slow’ which is the third track off his latest album ‘Love Like This’.

‘Take It Slow’ is a groovy love song that expounds on the slow build-up of a solid relationship. In the song, Bahati makes promises to his new lover, capturing the thrill of a new relationship in an epic way.

‘Take It Slow’ has been received well and already has over 200,000 views on YouTube. Reacting to the song, netizens took to Twitter to trend Bahati’s name, as they discussed his Groove awards speech in 2015, where he promised never to leave God.

“Bahati after winning groove award in gospel industry the next morning Satan himself took over from there. Talent without discipline is dangerous,” one netizen opined.

Apart from critics, Bahati’s fans also took to Twitter to praise him and his skill which enabled him to build a strong brand in the Kenyan music scene.

“Lakini when it comes to music branding, Bahati is the biggest brand in Kenya,” one fan praised.

Meanwhile, Bahati’s previous hit song ‘Pete Yangu’ featuring Nadia Mukami, which premiered a week ago is currently trending at number one YouTube with over a million views.