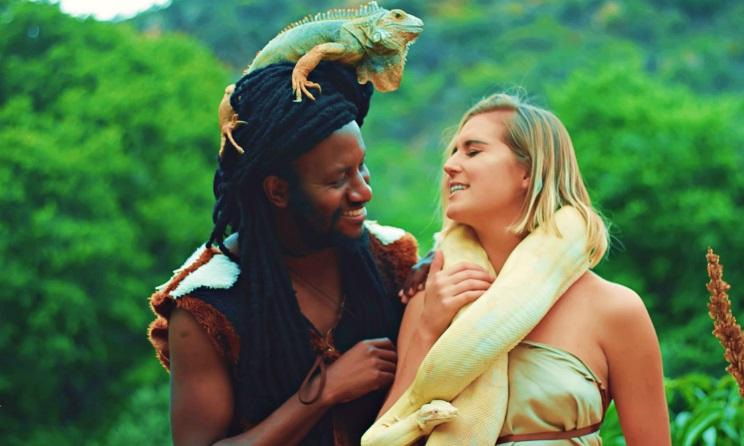 Celebrated Zimbabwean musician Gemma Griffith has narrated how her ‘Mu Garden’ collabo with Winky D came to be, noting that conversation started after she did a cover of the latter’s ‘Musarova Bigman’ hit.

According to Gemma, ‘Musarova Bigman’ is her favourite song by Winky D, therefore in appreciating his talent, he decided to do her rendition of the song.

Winky D released the song in 2012 and has still maintained its allure close to a decade later. In 2016, Gemma took her love for the song a notch higher with a cover song. Behind a piano, she covered the song in her interpretation. She mixed Shona and English in the cover but maintained the original chorus by Winky.

Her cover is calm and collected while the original version is characteristic of Winky D’s Zimdancehall chanters and accompanying hard beats.

Since the cover song was released in 2016, she had a collabo with Winky ‘MuGarden’ in 2018 and it went viral. ‘MuGarden’ has 5.8 million views on YouTube.

It personifies the biblical Garden of Eden where man was created with visuals on a scary but tamed snake acting as the serpent that lied to Eve. Winky and Gemma have also had two other collaborations; Ngoma Ingoma, and Ndaira Ndikunzwe.