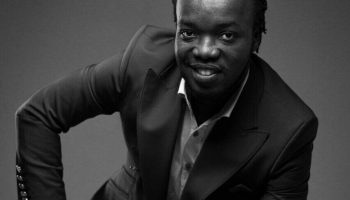 Ghanaian musician Gladstorm Kwabena Akwaboah Jnr., popularly known by his professional name as Akwaboah Jnr has given his fans a hint of when they should expect his much-awaited album, ‘Lighthouse’.

Speaking during an interview with NY DJ on Y102.5FM’s Ryse N Shyne show the ‘Number One’ hitmaker revealed that he was working on the last song of his upcoming album.

“I am working on one last song for the album and pretty soon, we are all going to enjoy it (album).”

The musician, who was reluctant to reveal the exact date of the upcoming album, responded to the question by saying “Pretty soon means I am going to release the album not long from today and I promise you guys that. Okay, I will release it somewhere in the next two months. That I am very sure of.”

Akwaboah went ahead to say that he only featured a few artiste on the project. People should expect 90% of him in the album and the remaining 10% from artistes he featured; Strongman, Adina and Efya, “so basically the album is 90 per cent of me,” he stated.

According to the artiste who recently released a new song titled ‘Ensesa’, an artiste does not require collaboration to be successful. “If God says He is going to make it big, He will make your song go far,” he said.