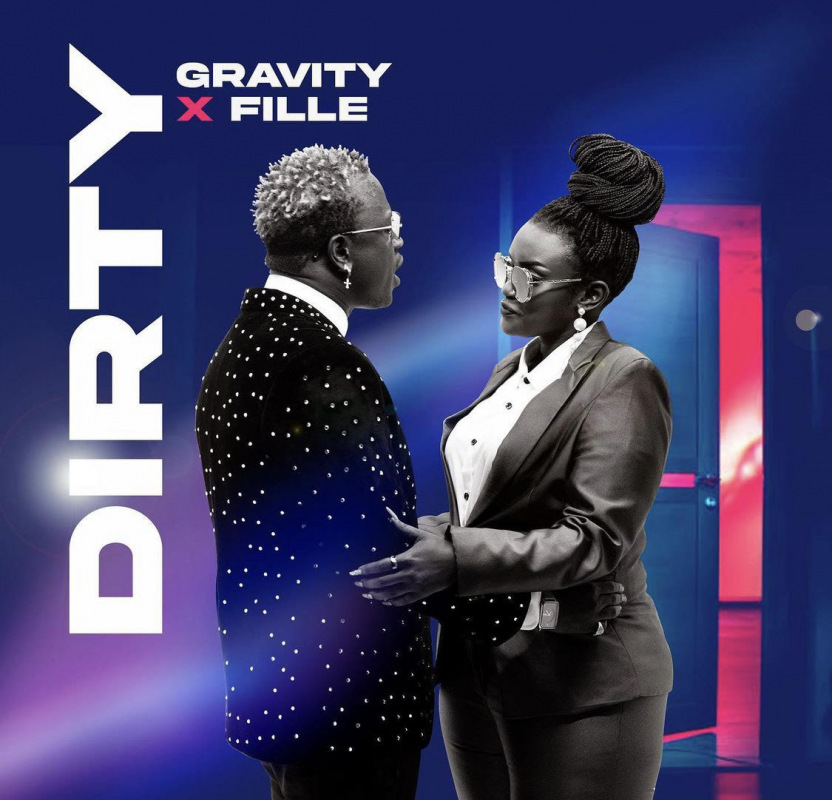 In ‘Dirty’, Fille cries out to Gravity Omutujju explaining how she gave up on every other man to be with him. Fille notes that she has invested a lot of time and emotions and it would break her heart if Gravity Omutujju played her 'Dirty'.

On his part, Gravitty vows to remain loyal to Fille as she is the only woman in his life.

The song is full of promises between the two lovers and is made special by their perfectly blending voices.

Read Also: Gravity Omutujju: Uganda is Peaceful Because of my ‘Tewekalakasa' Song

The audio was produced by Power on The Beat, while the video that is set to be released soon was shot and directed M Grate Pest from Grate Make Filmz.

Fille has been off social media and the music scene because she’s been working on herself. This collaboration is a comeback jam for her.

On his part, Gravity Omutujju is among the few Ugandan artists who are consistently releasing new music despite the ban on shows.

He says he will not stop releasing music as it is his hobby and source of livelihood.

‘Dirty’ comes a few days after he released 'Osituka Ki'.