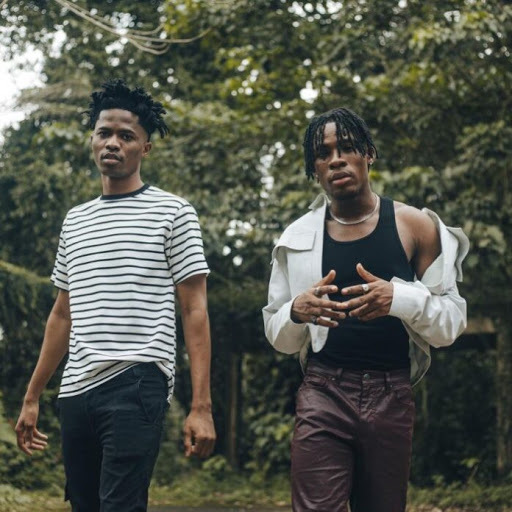 African Pop star Joeboy has finally released an official music video for the ‘Door’ single which he has been popularizing on his social media pages for the last few days.

Originally housed in his debut album ‘Somewhere Between Beauty & Magic’ that was released in February 2021, in the latest version of ‘Door’ Joeboy teams up with the popular Ghanaian musician Kwesi Arthur.

There’s not much difference from the original version of ‘Door’ save for the Kwesi Arthur part that has been incorporated in the track – and it mutually fit in, in all aspects.

Directed by Andy Madjitey, ‘Door’ visuals shot in Ghana are top quality and on point.

The video starts with Joeboy driving to his lover’s home, and when he arrives, he turns on the radio to get the attention of his lover (who is in her room reading), before he starts pouring out his heart to her with some romantic lyrics.

This beautiful girl watches from the house window – impressed by Joeboy, while her mother watches in astonishment.

Scenes in the visuals are just beautiful, with a traditional all-in-white band.

Kwesi Arthur appears in the video while with her beautiful lover, whom he also showers with the romantic lyrics.

This is the fourth video that Joeboy has released off the SBBM album. He had late in 2020 released ‘Celebration’ followed by ‘Lonely’ in January 2021 before dropping ‘Focus’ video in February.

‘Somewhere Between Beauty & Magic’ released under Banku Music/emPawa Africa peaked at No. 1 on Apple Music in 28 countries and has so far amassed over 114 million streams across all digital music streaming platforms.