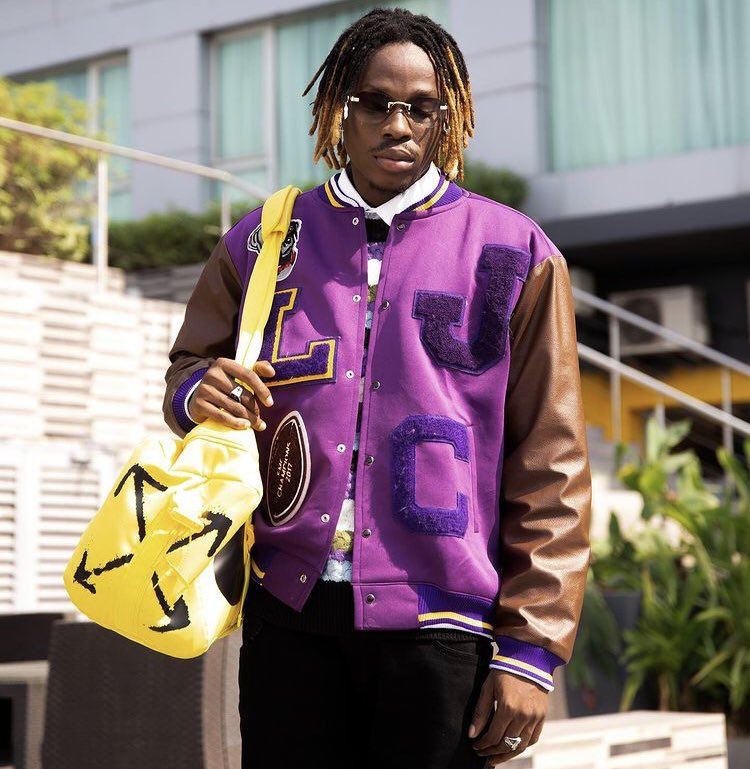 The singer recently confirmed that he is indeed back in the studio for a project that is expected to be released before the end of the year.

According to Album Talks, Fireboy DML posted on his Instagram account saying: “I dey studio dey work on my new album, no time”.

His label boss at YBNL, Olamide , also confirmed that the 25-year-old singer who a few months ago bagged a record 5 Headies Awards was indeed working on a new album. 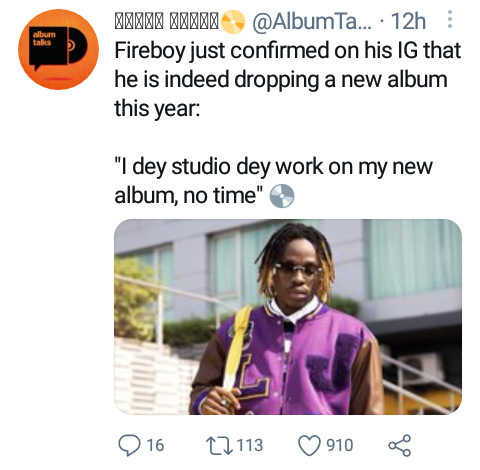 In a photo posted on his Insta stories, Olaminde said the upcoming project from Fireboy DML is fire.

The upcoming album will be the third from Fireboy DML who in August 2020 released his second – ‘Apollo’.

‘Apollo’ is a 17-track album that features collaborations with Olamide, Wande Coal and D Smoke. 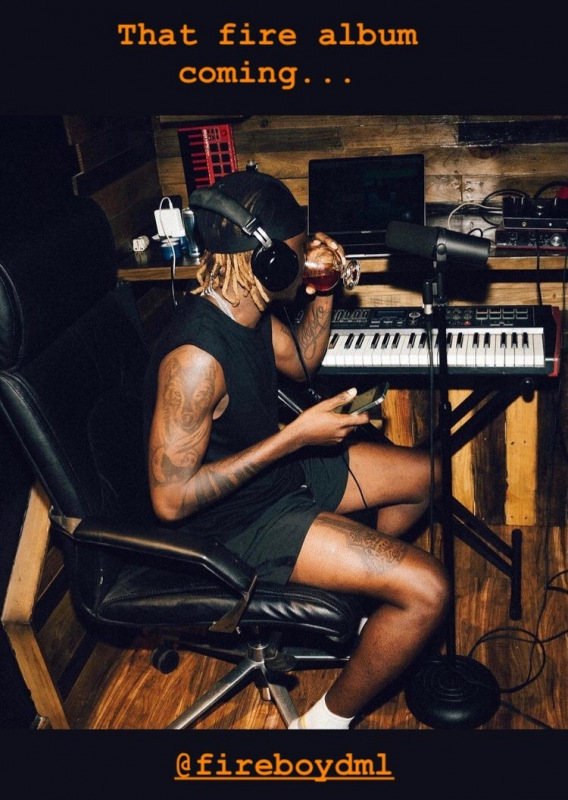 Some of the popular singles off the album include ‘Eli’, ‘Champion’ and ‘Tatoo '.

It doesn’t feature any guest appearance and was primarily produced by Pheelz along with production from Cracker, Mallo, Echo the Guru, IamBeatz and P.Prime.

LTG was supported by previously released singles ‘Jealous’, What If I Say’ and ‘King’.