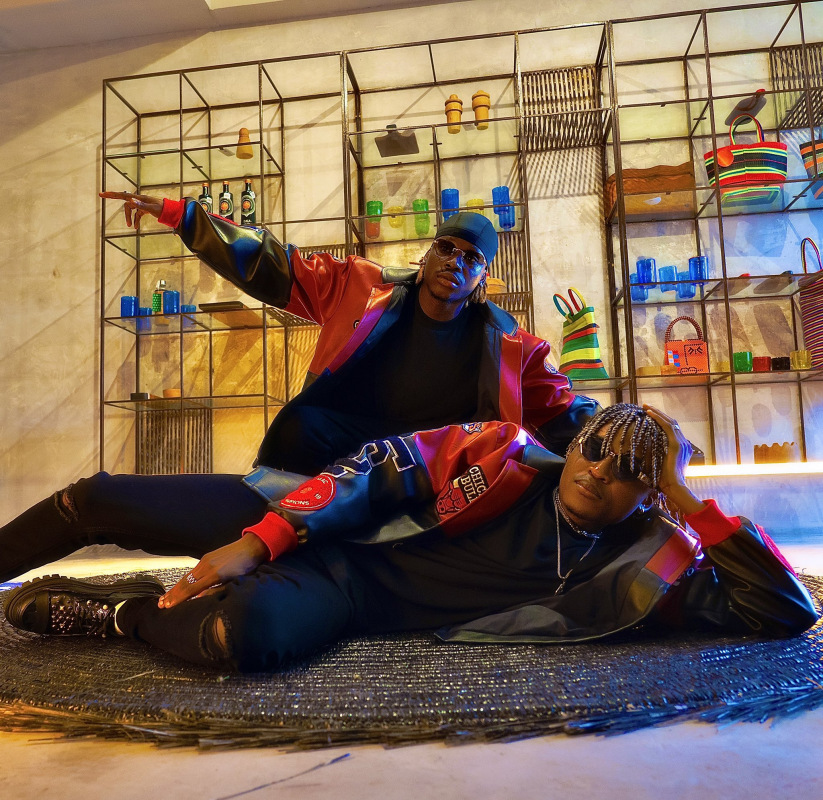 The duo recently took to their social media pages to popularize the upcoming collaboration titled ‘History’.

In a post on his official Twitter handle, Cheque said the new song will be dropping on Thursday, April 8. 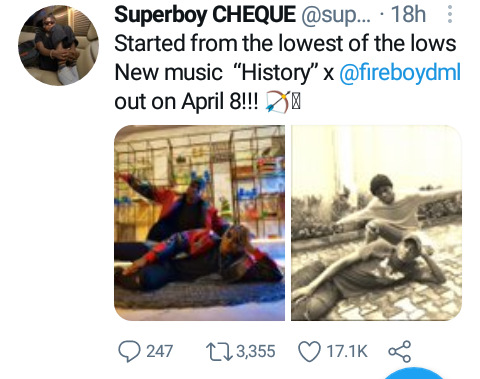 “Started from the lowest of the lows. New music ‘History’ x Fireboy DML out on April 8,” tweeted the ‘Zoom’ hit maker.

Fireboy DML who recently won a record 5 awards at the 14 th Headies also posted a snippet of the upcoming new song on his official Twitter handle.

In a tweet accompanying the snipped, Fireboy DML captioned it “history. Thursday”.

It will be the first time that Fireboy DML and Cheque will be teaming up for a song.

The two had a good year in 2020, releasing several hit singles.

Fireboy DML released his second studio album ‘Apollo’ in August which won the Headies award for Album of the Year.

On the other hand, Cheque released his debut EP ‘Razor’ that hosts hit singles ‘Zoom’ and ‘Satisfied’.