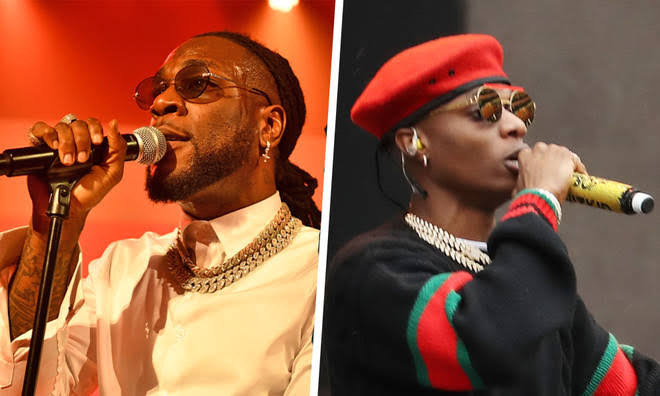 American-born Nigerian singer Davido has sent out a congratulatory message to Burna Boy and Wizkid following their win at the 63rd Grammy Awards.

Burna Boy's 'Twice As Tall' album won the World Best Album category while Wizkid was also the winner courtesy of Beyonce's 'Brown Skin Girl' single which he is featured that scooped the Best Music Video award.

In a tweet, Davido that has been engaged in a superiority battled with Burna Boy and Wizkid said the win for the two singers was victory for not only Nigeria but also for the culture.

"Whichever way you look at it, this is a victory for Nigeria for the culture and for my people ! Congrats to our winners! Tule Naija! #Grammys #foreverchoke," Davido tweeted. 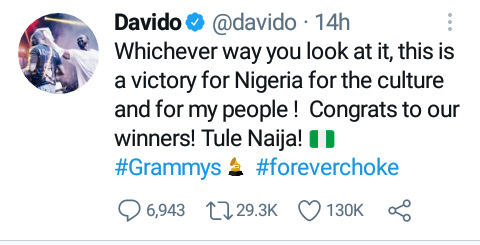 The tweet has since received mixed reactions from those praising Davido for taking such a bold step to those scolding him.

Given the rivalry that the three singers have in the music industry, it was not expected that Davido would congratulate them.

Another close collaborator of Davido, Mayorkun who is signed to Davido Music Worldwide (DMW) record label also congratulated Burna Boy and Wizkid for their win.

To Mayorkun, the win for the two Nigerian singers, he called 'kings' has opened up the way for other artists in the West African county.

Burna Boy won the Grammy Awards on his second nomination, after failing to clinch it when he was first nominated in 2020 with the 'African Giant' album.