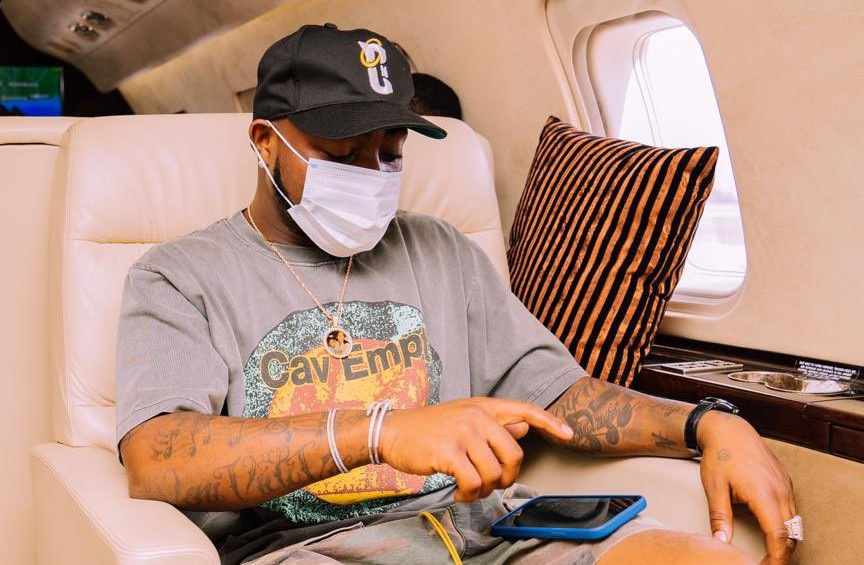 Davido, arguably the biggest and one of the most influential artistes in Africa is currently in the United States of America for the recording of 'Love Cycle (Remix)' with Enisa as well as the premier of Coming to America 2 set for March 5.

And while in the US, where he was born, the singer had an opportunity to appear in the Jimmy Kimmel Live!, a late-night talk show aired on ABC.

It is during the talk show that Davido got an opportunity to perform 'Jowo' a trending single off his most recent album 'A Better Time'. 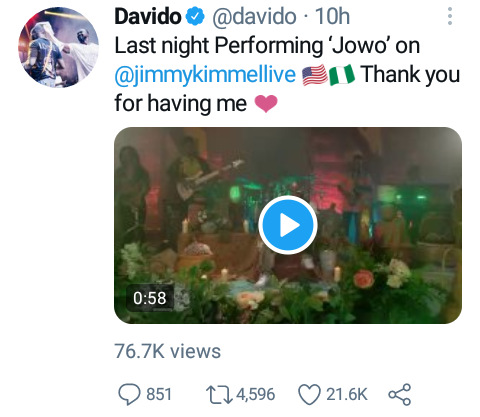 "Last night Performing ‘Jowo’ on @jimmykimmellive Thank you for having me," Davido tweeted.

The live performance was as good as it's original song, as Davido showcased his vocal prowess.

'Jowo' is the second single off the 'A Better Time' album.

'Jowo' video released in December 2020 currently has over 17 million views on YouTube.