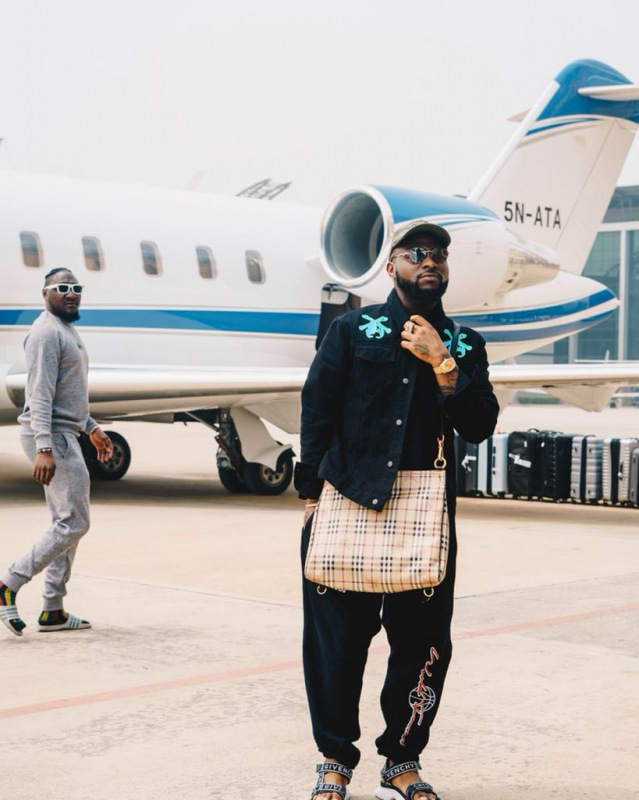 The next few weeks will be busy for the American-born Nigerian singer - Davido after revelations that he will be teaming up with at least three international artists in new songs.

Davido has been featured in a number of songs by international acts and it is no surprise that more will be coming his way.

In a tweet on February 23, the 'FEM' hit-maker revealed that he had worked with Jamaican reggae singer Dexta Daps in what he described as 'the song of the summer'.

"Yo me and @dextadapss just made the song of the summer," Davido tweeted.

Dexta Daps whose official name is Louis Grandison is known for his dancehall songs as well as ballads.

Apart from the collaboration with Dexta Daps, international actor Idris Eiber also revealed that he was working with Davido in a new song.

In a recent interview on CapitalFM's 'The All-New Capital Weekender', as quoted by Hotnewhiphop.com, Idris Eiber who is also a Deejay said: "So I've got some really cool music coming, been working with Franky Wah on a tune I'm looking forward to droppin'. I've got a bit of a banger, I don't want to say too much but me, Megan Thee Stallion, and Davido that's coming. Shout out to the fanatics."

Another collabo expected from Davido is a music video for the remix the song 'Love Cycle' by Enisa.

Enisa in a tweet endorsed by Davido revealed that the video shoot is scheduled for this week. 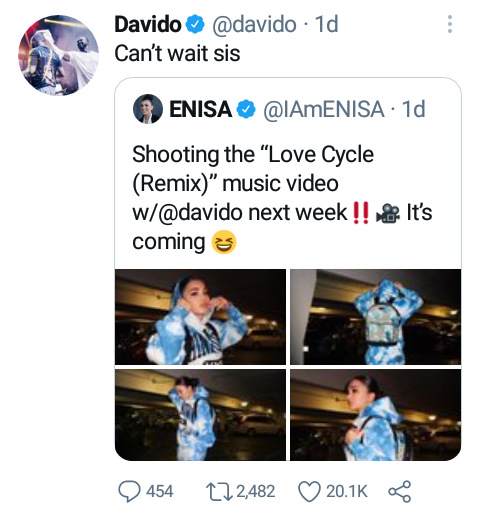 The song's official music video is scheduled for release this Friday, February 26.