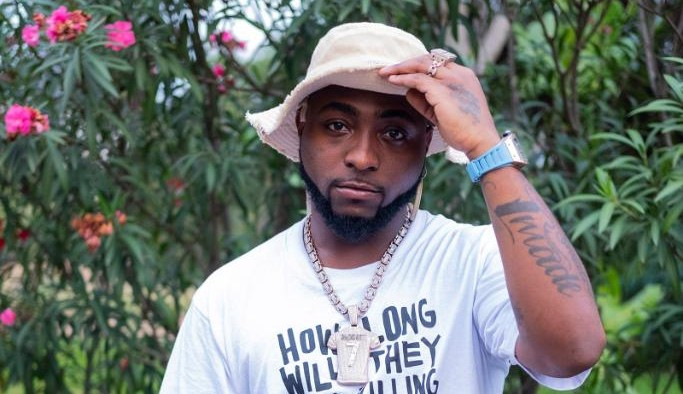 American-born Nigerian singer, Songwriter and Record producer Davido is celebrating getting a second Gold Certification in the United States of America.

This is after the Recording Industry Association of America (RIAA) certified Gold his 2017 hit single 'If' for reaching 500,000 units sales.

Related: Watch Davido Songs: Fem, Fia, If, The Best, For You and more

While sharing news of the latest milestone, Davido expressed optimism that there will be more Gold Certification to come.

'If' becomes the second single to be certified Gold by RIAA after another 2017 hit single 'Fall' got the certification in 2020.

The two singles are housed in Davido's third studio album 'A Good Time' which was released in 2019.

"My 2nd Gold record !!! Oh God I am Grateful !! The Only two Afro beats solo singles to go Gold in the USA in Afro beats history !! God is good !!! MORE TO COME !" Davido tweeted.

Confidentially, music videos for the two singles are the most-watched of all videos posted by Davido on his YouTube channel that has over 2.2 million subscribers.

Davido is currently enjoying massive airplay thanks to his most-recent album 'A Better Time' which he released towards the end of 2020.

The album has a number of already hit singles performing well across multiple platforms including the lead single 'FEM', 'The Best' featuring Mayorkun, 'Jowo' and 'Holy Ground' in which he featured international rapper Nick Minaj. 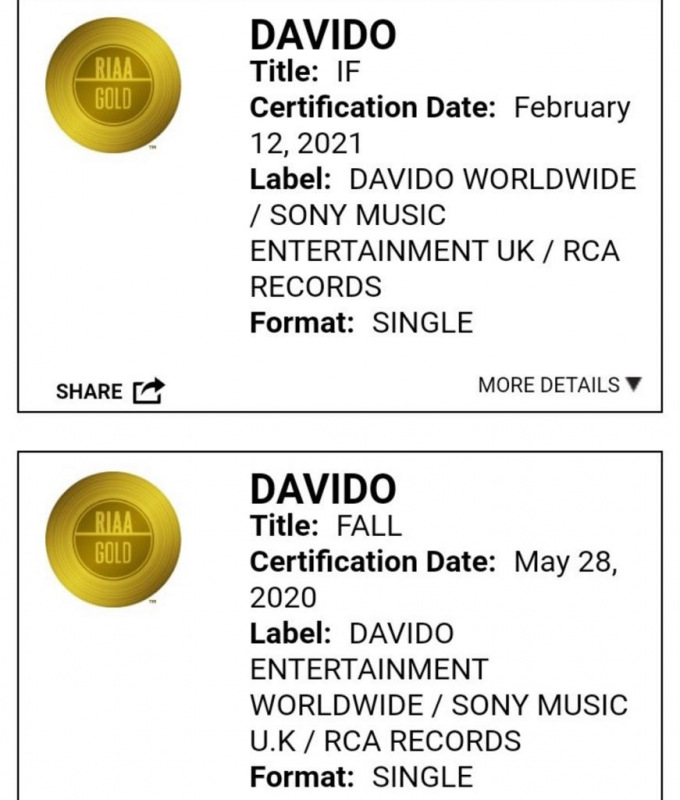